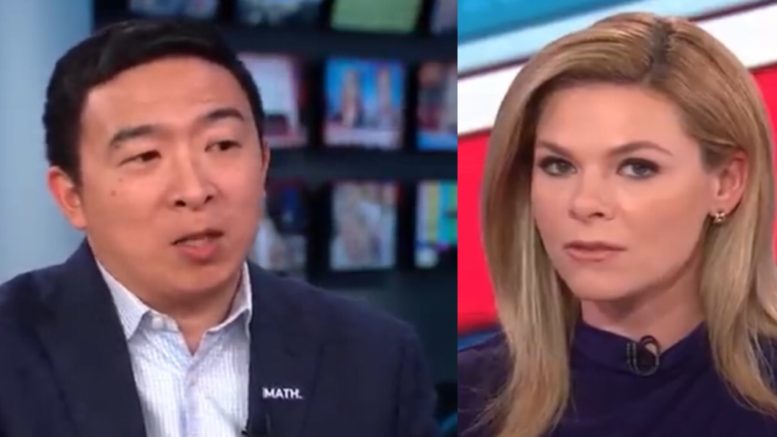 Democratic presidential candidate, Andrew Yang, spoke with CNN Saturday where he weighed in on impeachment led by House Democrats and House Speaker Nancy Pelosi (D-CA), who has not sent the articles to the Senate.

Last Monday, Pelosi reiterated her plan to not make any more moves with impeachment until she knows the level of “fairness” with the Senate trial rules.

Asked if Joe Biden should testify, Andrew Yang replied, “I would take Joe at his own word. He said that if he gets subpoenaed that he would naturally comply. That seems like the right approach.”

The CNN host then told Yang that “impeachment hovers over 2020” and confirmed that impeachment is “driving the news cycles”.

“How does that affect how you campaign, and how you move forward with your message?” the CNN host asked Yang.

“My experience has been the same as yours out there. When you’re in Iowa or New Hampshire, or South Carolina, they are not as fixated on impeachment as the cable news networks are,” Yang admitted. [Emphasis added]. (Continued Below)

“We have to take the opportunity to solve the problems that got Donald Trump elected and create a new way forward and present a vision of a 21st economy that works for people. To me, that’s where my attention is as a candidate,” Yang continued.

“I wish the media was making that case more consistently to the American people, rather than having its eyes on D.C.,” he said.

Asked about House Speaker Nancy Pelosi holding on to the articles of impeachment, Yang responded, “Nancy’s been driving this entire process. She’s very savvy. She knows what she’s doing. If she thinks that’s the right approach, I’m sure she’s on point. (Video Below)

Andrew Yang: "When you're in Iowa or New Hampshire or South Carolina, they are not as fixated on impeachment as the cable news networks are." pic.twitter.com/pCch6wiCFL

Full interview with Andrew Yang; impeachment remarks begins at 5:50 into the video: