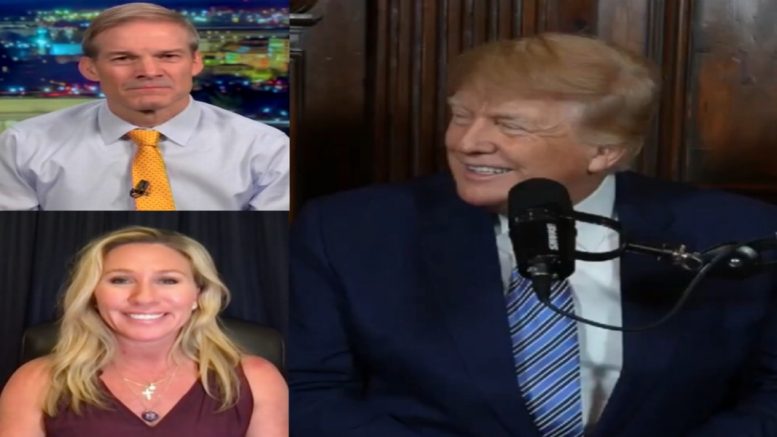 45th President Donald J. Trump issued a plethora of endorsements on Wednesday evening — precisely seven — to Republican members of Congress in their reelection bids, ahead of the November midterms.

The slew of endorsements he has made signifies his continued quest to maintain control of the Republican Party ahead of a possible 2024 presidential run but also assists in potentially knocking out RINOs while preserving the America First agenda in the GOP Party — in regards to the upcoming November midterms.

“Congressman Jim Jordan is an America First Champion for the people of Ohio’s 4th Congressional District, and our Country. Quite frankly, he is a truly outstanding man, and a fighter like no other,” the 45th President expressed in an email statement from his “Save America” PAC.

“Jim will continue to hold the Radical Left accountable for their colossal incompetence and danger to our Country. He is a fierce advocate of our Make America Great Again agenda, and I was proud to award him our Country’s highest civilian honor, the Presidential Medal of Freedom,” Trump pointed out, who was awarded on January 11, 2021. “American Patriot Jim Jordan has my Complete and Total Endorsement!” Continued Below

“Marjorie Taylor Greene is a warrior in Congress. She doesn’t back down, she doesn’t give up, and she has ALWAYS been with ‘Trump'”, the 45th President said in another email statement.

“Marjorie has worked very hard to secure the Border, stop the Radical Left, and ensure the truth is known about the RIGGED and STOLEN 2020 Presidential Election. She loves our Country and MAGA, its greatest ever political movement,” Trump said.

“Marjorie is running for re-election to Congress, and has my Complete and Total Endorsement!” he proclaimed of the Georgia congresswoman. Continued Below