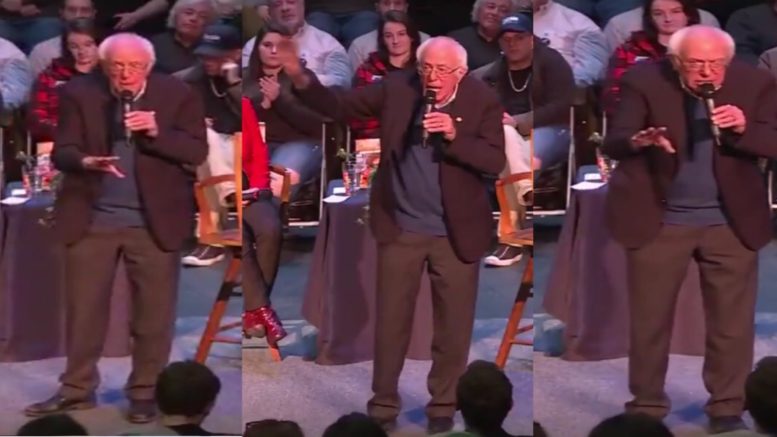 “And I really think that this obscene, and I believe from the bottom of my heart is somebody who has won elections and I’ve lost elections– I could deal with losing an election,” Sanders said. “But I will never sit around and trying to think, ‘Oh, I gotta keep you from voting because you might vote against me.'”

“If I can’t win an election on my ideas, then I should get the hell out of politics,” Sanders stated. [Emphasis added].

In 2016, Sanders ran for president and lost the Democrat primary to former secretary of state Hillary Clinton. Though many believed the system in the DNC was rigged in Clinton’s favor, socialism was not a popular platform.

Sanders who is running on socialist ideas again, such as medicare for all, free college, minimum wage increases, has been met with much criticism from Republicans and President Donald Trump.

Last February, President Trump spoke in Miami on a major foreign policy address to members of the Venezuelan community, declaring that Venezuela’s current path toward democracy is irreversible and that “socialism is dying across the world.” (Continued Below)

“We know that socialism is not about justice, it’s not about equality, it’s not about lifting up the poor — it’s about one thing only: power for the ruling class. And, the more power they get, the more they crave. They want to run health care, run transportation, and finance, run energy, education, run everything. They want the power to decide who wins and who loses, who’s up and who’s down, what’s true and what’s false, and even who lives and who dies,” President Trump explained.

“This will never happen to us… America will never be a socialist country,” he declared.

Socialism is a sad and discredited ideology rooted in total ignorance of history and human nature, which is why socialism, eventually, must always give rise to tyranny –which it does. Socialists profess a love of diversity, but they always insist on absolute conformity.” President Trump said in his address last year.

Sen. Bernie Sanders: "If I can't win an election on my ideas, then I should get the hell out of politics." pic.twitter.com/aGZQnKKQMg