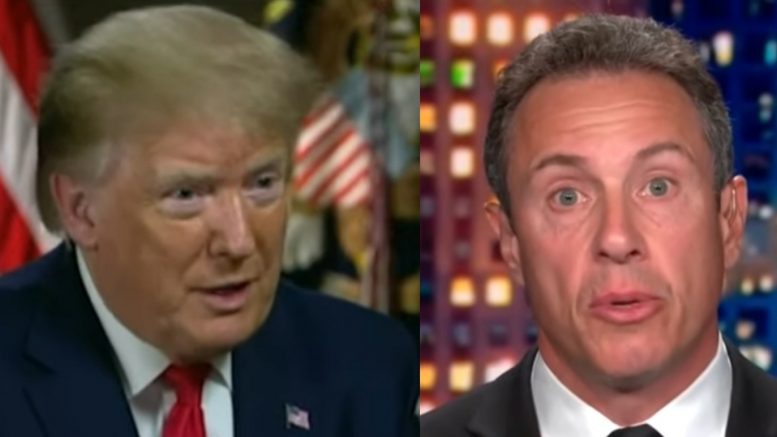 President Trump slammed CNN’s Chris Cuomo after he got caught using data from Barack Obama’s last year as president in his hit-piece against Trump’s economy.

Cuomo used a “Wealth Gap” chart from the Washington Post that ended in 2016 as a guide to help prove that President Trump’s economy is not “the best ever for black people.”

As the chart is shown on the screen, Cuomo says, “In fact, that fundamental divide is as wide now as it was in the year Dr. King was shot.”

“So much for Trump’s economy being the best ever for black people,” he added.

This is complete incompetence.
Journalistically and editorially. pic.twitter.com/TxVpMTiNBJ

Related Article: McEnany Exposes Cuomo’s Use Of A ‘Less Safe Version’ Of HCQ After He Criticized Trump For Using It

President Trump lashed out at Cuomo after seeing that the CNN host used data from the end of Obama’s term in his cheap shot towards the Trump Administration.

“Fredo’s ratings are really bad, more than 50% down. A loser!!” Trump tweeted.