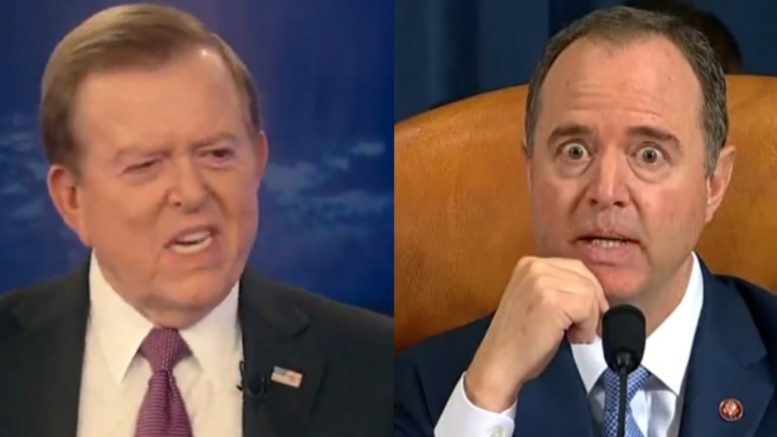 Lou Dobbs has clearly reached his wit’s end with the Democrat-led impeachment inquiry after seeing how it has played out thus far.

While speaking with his guest Ed Rollins about Ambassador Gordon Soldland’s Wednesday testimony, Dobbs vented his frustration with the entire impeachment process and called it exactly how he sees it.

Rollins pointed out how after the public hearings began last week, President Trump’s poll numbers have ticked up to 43% instead of going down.

Rollins then quoted former President Gerald Ford who basically said, “Impeachment is whatever 218 votes [in the House] say it is.”

Dobbs responded, “That is isn’t quite true, is it? Video Below

Related Article: Gorka Reveals His “Proof” That Pelosi’s Decision To Open An Impeachment Inquiry Is “Failing”

“The fact of the matter is there is still the American people,” Dobbs continued. “And they know this is pure horse manure piled high & Adam Schiff is the one with the shovel.”

Rollins added to Dobbs’s bold statement when he said: “Well, and unfortunatley a couple of our people (some of the witnesses) have stumbled through this thing. But at the end of the day, Republicans on the panel have been extraordinary and have put out all the hypocrisy.” Video Below