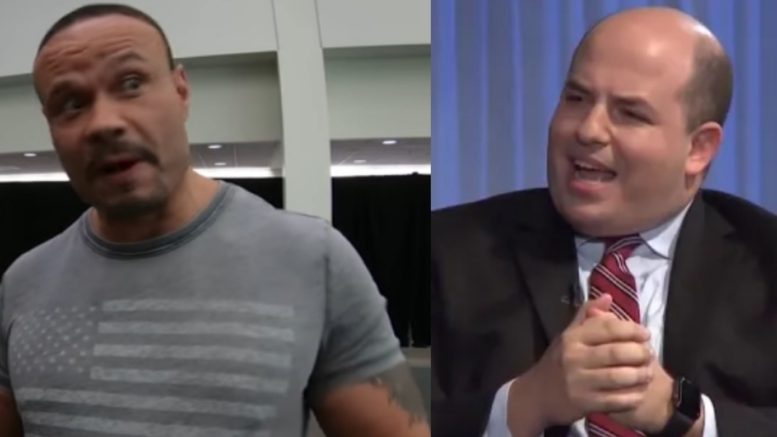 CNN’s Brian Stelter launched an attack on those who have defended President Trump in wake of fallout over a complaint from a “whistleblower.”

As details of the whistleblower’s complaint came to light, Democrats and mainstream sources initially insinuated President Trump may have committed a criminal act, without knowing all of the facts involving a phone call between President Trump and Ukraine’s President Zelensky. As a result, House Speaker Nancy Pelosi actually went to the degree of announcing the beginning of a formal impeachment inquiry.

However, after President Trump ordered a release of the entire unredacted phone conversation in question, the transcript itself debunked many of the nefarious claims being made, and it painted a much more innocent story than what was being portrayed by Trump’s opposition.

As more facts surface, well-known conservatives, such as Dan Bongino, Laura Ingraham and several Republican politicians have come to Trump’s defense and insist that the whistleblower’s complaint is nothing more than just another orchestrated smear against Trump, similar to those that have occurred continuously since he took the oath of office.

Remarks made in support of Trump have clearly struck a nerve with Brian Stelter, who decided to write an article that focused on bashing those who are publicly defending the President — one of them being Dan Bongino for saying “this was a professional hit on Donald Trump.”

“Right now Trump’s favorite TV shows are telling him that he’s a hero. That the Dems just hate him no matter what. That, as @DBongino said, ‘this was a professional hit on Donald Trump,'” Stelter said on Twitter, and he provided a link to his article that he pulled Bongino’s quote from. See Below

Stelter may have picked the wrong guy to mess with, however, as Bongino defiantly hit back in classic, humiliating fashion.

“Warning, this complete joke of a human being, and former coffee boy turned full time clown, was one of the lead Russian collusion hoaxers”, Bongino replied.

“He promotes conspiracy theories for his ten viewers. He is what failure personified looks like,” he declared. See Below

Warning ⚠️, this complete joke of a human being, and former coffee boy turned full time clown, was one of the lead Russian collusion hoaxers. He promotes conspiracy theories for his ten viewers. He is what failure personified looks like. 👇🏻👇🏻👇🏻 https://t.co/XcVMSRhaI6

In ending, here is video of Dan Bongino and Sebastian Gorka discussing how mainstream sources put speculation over facts: