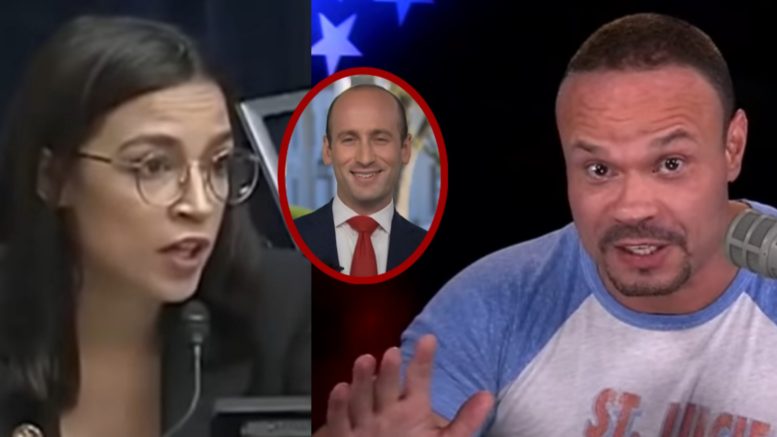 On Tuesday, Alexanderia Ocasio-Cortez took direct aim at President Trump’s Senior Advisor Stephen Miller in reaction to alleged emails of his that were leaked and examined by the Southern Poverty Law Center (SPLC).

SPLC has been described by White House Press Secretary Stephanie Grisham as being “a far-left smear organization” whose members “libel, slander and defame conservatives for a living.”

According to SPLC’s report, Miller’s emails “showcase the extremist, anti-immigrant ideology that undergirds the policies he has helped create as an architect of Donald Trump’s presidency.” They also try to pin subject material used in his emails to white nationalism and neo-Nazi ideology.

Alexandria Ocasio-Cortez created and circulated a petition seeking the removal of Stephen Miller from President Trump’s Administration after learning of SPLC’s report.

“We’re not done with Stephen Miller,” Ocasio-Cortez said in a tweet. “He’s a verified White Supremacist controlling US immigration policy, which has now detained over 70,000 migrant children.”

“This is not to be dismissed. People’s lives are at risk. He needs to go now. We’re mobilizing,” AOC declared while including a link to her online petition titled: “Steven Miller Must Go.” See Below

Conservative commentator Dan Bongino turned the tables on Ocasio-Cortez upon seeing her tweet.

“We’re not done with AOC,” Bongino said in his reply to AOC. “She’s a verified socialist controlling the Democrats’ economic policy, which threatens the US economy & your wallet.”

“This is not to be dismissed. People’s lives and jobs are at risk. She needs to go now. We’re mobilizing,” he ended in mocking fashion. Video Below

In ending, here is video of Tucker Carlson issuing a plea to AOC: