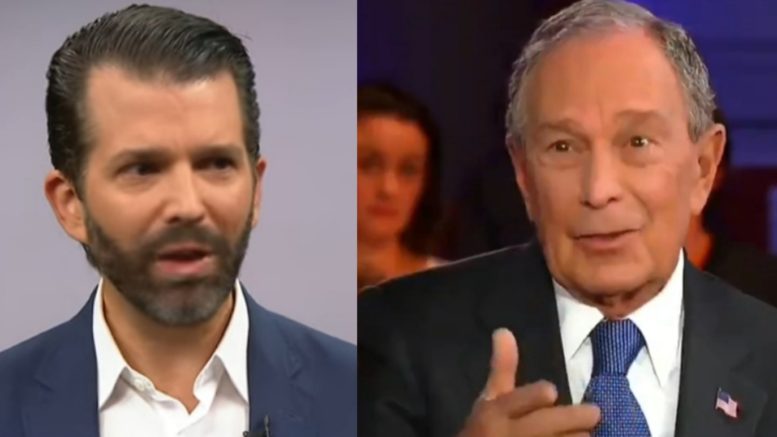 Democrat presidential candidate Mike Bloomberg claimed he is “too controversial” to fly commercial and suggested one the main purposes he uses a private jet is to fight climate change.

Bloomberg made the remarks while responding to a question from Martha MacCallum during Monday’s Fox News town hall.

On behalf of voters, MacCallum questioned Bloomberg over how he can fly around the world on a private jet, and still be a big proponent of climate change. “Is that hypocrisy?” she asked.

In his response, Bloomberg said he mainly flies to combat climate change, specifically in the coal industry to get “pollutants out of the air.”

He went on to say, “The security you’d have to have if I were to go on a commercial jet — the airlines just don’t wanna take you because there’s too much, too many risks. I’m just too controversial.”

Donald Trump Jr. reacted upon learning of Bloomberg’s excuse for not flying commercial. Video Below

Mike Bloomberg justifies using a private jet despite emissions by saying he could not eliminate coal jobs without ithttps://t.co/Ulh6AkNO4B pic.twitter.com/0w0e7RJDrX

In response to Bloomberg’s remarks, Don Jr. tweeted, “Mike Bloomberg just said he’s too controversial to fly commercial. Give me a break.”

He continued, “I promise you Mike no one would give a shit you just want an acceptable (to the left) excuse for nonstop private air travel.”

Give me a break. I promise you Mike no one would give a shit you just want an acceptable (to the left) excuse for nonstop private air travel.