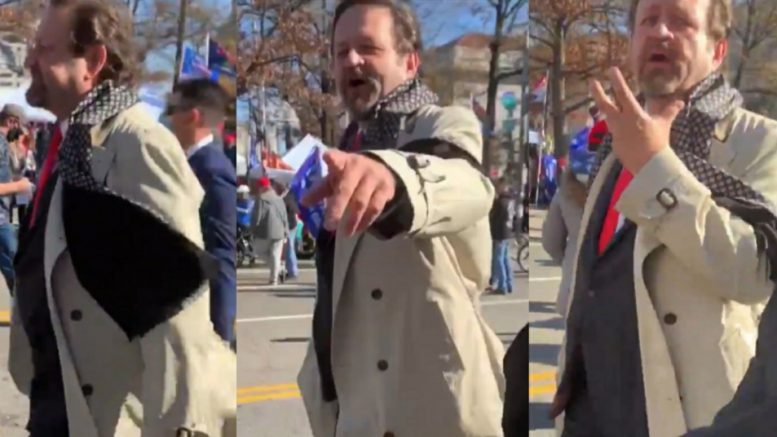 Gorka was walking down the street when Petrizzo, a journalist for the left-leaning sources Daily Dot and Mediaite, approached him with a series a questions.

Petrizzo had a tough time trying to get any questions out, as Gorka kept interrupting and blasting him.

“You’re not a journalist, go back to high school,” Gorka said to Petrizzo as he kept walking. “Your mom wants her phone back!” he added before mocking Petrizzo over his high-pitched, crackly voice.

“Your voice, Zachary. What’s with your voice?” Gorka said sarcastically while looking right at Petrizzo’s camera.

Petrizzo finally got a question out, when he asked, “Do you want to denounce QAnon? Mr. Gorka, what’s going on?” Gorka fired back, “There’s a high school project that’s looking for you!” Video Below

I love the part where @SebGorka makes fun of this fake news hack's voice. pic.twitter.com/tGoku6wlFN

As video of the encounter surfaced on Twitter, Gorka had one burning question for Mr. Petrizzo, which is as follows:

In ending, here is part of Gorka’s speech that he delivered during Saturday’s march: