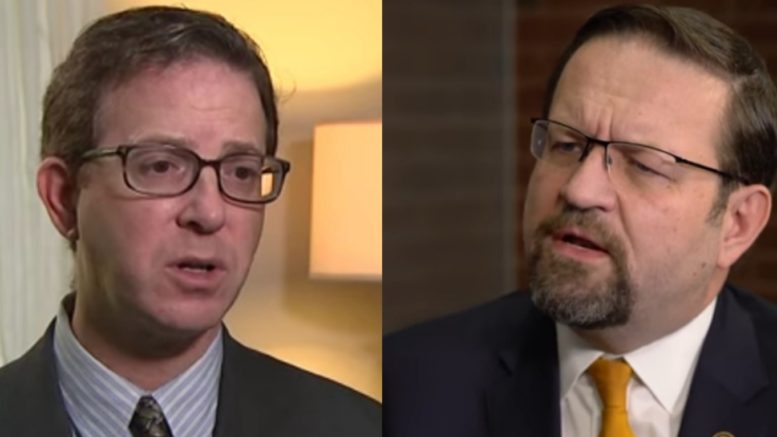 Old tweets from the alleged whistleblower’s lawyer Mark Zaid pulls into question how much of the complaint was “tainted with partisanship.”

Zaid was exposed on Wednesday of saying in a tweet on January 30, 2017: “#coup has started. First of many steps. #rebellion. #impeachment will follow ultimately. #lawyers”

In response to President Trump’s appointment of Dana Boente as Acting Attorney General, Zaid said: “#coup has started. As one falls, two more will take their place. #rebellion #impeachment”

Gregg Jarrett of Fox News reported: “The posts, which came shortly after President Trump fired then-acting Attorney General Sally Yates for failing to defend federal laws in court, are likely to fuel Republican concerns that the whistleblower’s complaint is tainted with partisanship. Trump has repeatedly accused Democrats and partisans in the intelligence community of effectively plotting a coup against him, through selective leaks and lengthy investigations.”

President Trump’s former Deputy Assistant, Sebastian Gorka, called on Zaid to be disbarred and charged with “sedition” after learning of the bombshell tweets. See Below

“This is Eric Ciaramella – the ‘Whistleblower’s’ – lawyer calling for a rebellion against duly elected President @realDonaldTrump,” Gorka tweeted.

“Disbar Mark Zaid now,” he added. “Then charge him with SEDITION.” See Below

“Of course he did,” Don Jr. said. “Everyone knows the coup started on November 9, 2016. Quit your fake sanctimony!”

“Everybody who’s been watching this bullshit for three years sees what a farce it has been all along,” he declared.

In ending, here is Dan Bongino’s reaction to one of Zaid’s tweets: