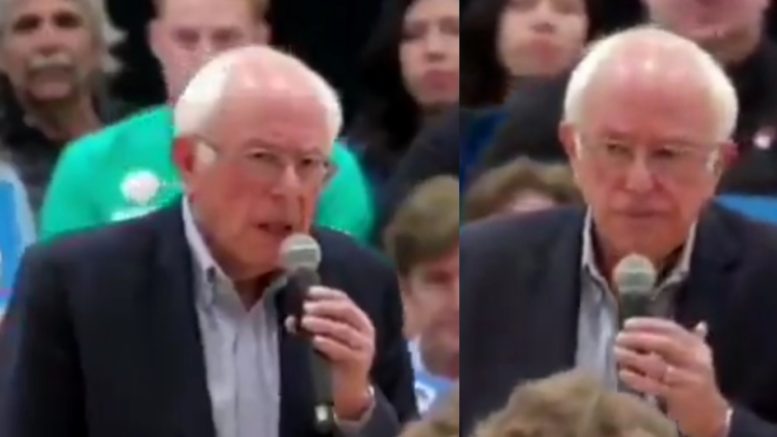 Democrat Presidential candidate and Senator Bernie Sanders chimed in to the impeachment hysteria that has absorbed the left while speaking at a town hall in Las Vegas, Nevada on Sunday.

Democrats have tried to impeach President Trump for various unsuccessful reasons over the past three years, since he was elected into office in 2016. And Bernie attempted to drum up additional accusations to use against the President on Sunday, in wake of the impeachment inquiry he is facing over a telephone call with Ukraine.

“I think what you are gonna see in the next weeks to come is this President will be impeached and he should be impeached,” Bernie said to a crowd of his supporters.

“And lastly, of course, he should be impeached because he has used national security aid to Ukraine in order to undermine a potential political opponent,” Bernie declared. “And those are all grounds for impeachment.” Video Below

Q: Where is the proof for that?

.@SpeakerPelosi have you seen this? It is time to listen to the American people and focus on the issues that matter to them rather than this impeachment charade. https://t.co/1PSdRKXY81