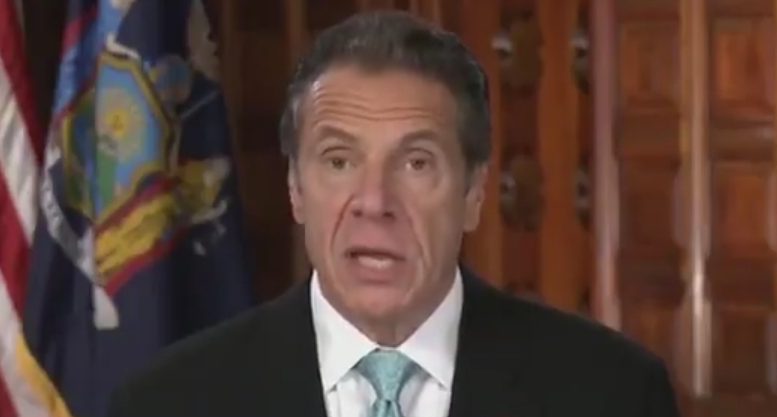 Governor Andy Cuomo made a bold claim directly related to climate change and the state of New York while appearing on MSNBC on Friday.

Cuomo was giving an update after touring flood damage in upstate New York that came as a result of record-breaking rain from a Halloween storm, when he suggested that New York hasn’t experienced “extreme weather” conditions since before climate change.

“Anyone who questions extreme weather and climate change is just delusional at this point,” Cuomo proclaimed.

Related Article: Candace Owens Warns Children ‘Being Manipulated By The Left’ On Climate Change: ‘Al Gore Told Us We Had 10 Years Left To Live’

He went on to say that New York is experiencing weather patterns that it has never experienced before.

We did our own research on Cuomo’s claim and found that New York is no stranger to hurricanes, super storms and tornadoes, and is on record of experiencing such phenomenon dating back to before the state was established, according to Wikipedia.

“84 tropical or subtropical cyclones have affected the state of New York since the 17th century. The state of New York is located along the East Coast of the United States, in the Northeastern portion of the country. The strongest of these storms was the 1938 New England hurricane, which struck Long Island as a Category 3 storm on the Saffir–Simpson hurricane scale. Killing more than 600 people, it was also the deadliest. Tropical cyclones have affected the state primarily in September but have also hit during every month of the hurricane season, June through November. Tropical cyclones rarely make landfall on the state, although it is common for remnants of tropical cyclones to produce heavy rainfall and flooding.”

Wikipedia also has record of two hurricanes that happened in the New York area before it existed — one in 1278 and another in 1438.

To read more on this subject, you can click HERE.

And as far as tornadoes are concerned, New York has experienced “more than 400 twisters since the official record began in 1950,” according to NYDatabases.com

We leave you with a map of all of the tornadoes that have occurred in the state of New York since 1950, thanks to NYDatabases.com.

Sen. Cotton Rips John Kerry’s Push For More Solar Panels: He “Has The Carbon Footprint Of A Small Nation”