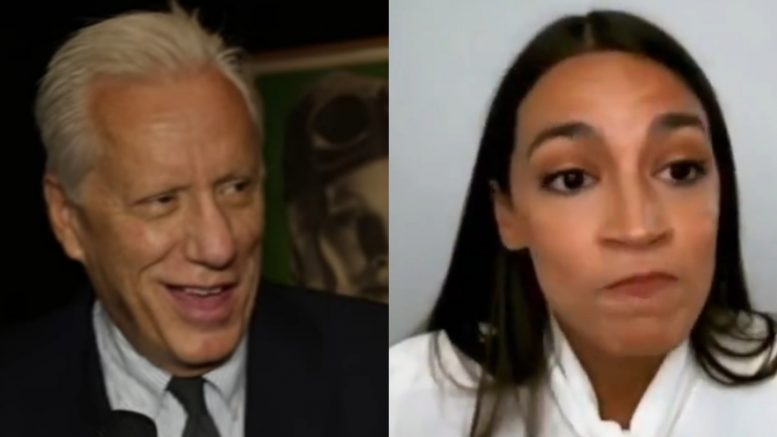 It can be quite entertaining to watch James Woods dismantle and destroy notions put forward by radical left politicians.

And that was again the case on Wednesday as the former Hollywood actor went head to head against a theory recently laid out by Rep. Alexandria Ocasio-Cortez.

Related Article: AOC Claims NYC’s Increased Crime May Be Because People ‘Are Scared To Pay Their Rent’ & ‘Need To Shoplift’

Ocasio-Cortez suggested in a current Zoom video that the uptick in crime in New York could be due to “the fact that people aren’t paying their rent and are scared to pay their rent and so they go out and they need to feed their child and they don’t have money, so you maybe have to — they’re put in a position where they feel like they either need to shoplift some bread or go hungry that night.”

James Woods stayed surprisingly silent about AOC’s remarks, up until he came across the perfect video to troll her with.

On Wednesday, Woods retweeted the following video of New Yorkers looting a local shoe store back in June, which was posted in the comment section of one of his posts that targeted New York Governor Chris Cuomo.

Woods sarcastically captioned the video: “#AOC was right! This heartbreaking video of starving New Yorkers stealing bread hidden in shoe boxes tells the tale! (Don’t be fooled by their fat asses. These people are starving)!” See Below

#AOC was right! This heartbreaking video of starving New Yorkers stealing bread hidden in shoe boxes tells the tale! (Don’t be fooled by their fat asses. These people are starving)! https://t.co/O6vENVZEt6

Homan Teaches AOC A Lesson On Why Children Are Separated When Crossing Illegally: ‘Do It The Legal Way’