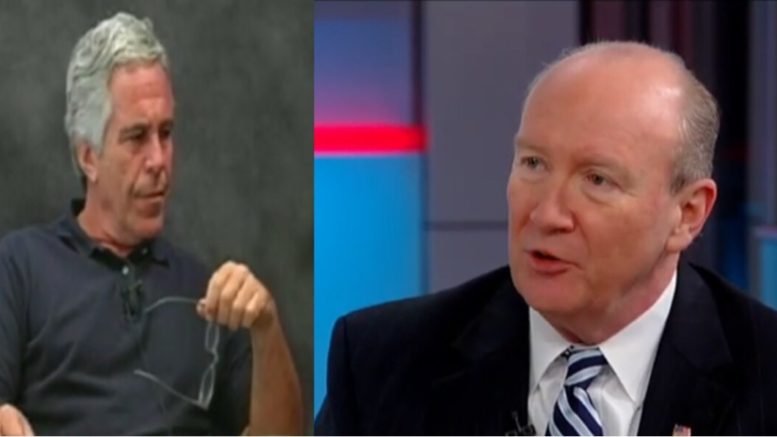 An autopsy on the body of Jeffrey Epstein revealed the accused sex trafficker had several broken bones in his neck, including the hyoid bone after Epstein’s “apparent suicide.”

The hyoid bone, which is near the Adam’s apple, can be broken in a suicide by hanging – especially in older people – but is more common in strangulation murders, as reported by the Washington Post.

McCarthy said, “The word ‘strangulation’ may be less important than the words ‘more common.’ It’s not inconsistent with suicide. What I hate about these leaks– people cherry-pick what facts that they want to put out under circumstances where we know we have to have a comprehensive understanding of everything. And you could put too much or too little emphasis on individual facts.”

“To me, I would want to know if they actually had video of the common areas of the jail and they could tell whether someone else was able to get in and out of the cell. That to me would be at least as important of evidence as this part of the autopsy,” McCarthy said.

Epstein, 66, was found Saturday hanging in his cell in an “apparent suicide” at the Metropolitan Correctional Center in New York City, where he was being held on sex trafficking charges. (Continued Below)

Asked what he thinks really happened, McCarthy said that “he’s going to assume it was a ‘suicide’ until there is ‘powerful evidence’ proving otherwise.”

“That’s what it looks like to me and I think there’s gross incompetence here and it’s unfortunately not surprising incompetence. That particular institution has not got a great reputation even in federal circles,” he said.

While speaking at a conference on Monday, Attorney General William Barr blasted corrections officials and vowed to investigate the “serious irregularities” uncovered at the federal prison in the aftermath of Epstein’s apparent suicide. (Continued Below)

AG Barr also assured that the sex-trafficking case will continue against anyone who conspired with Epstein, and said victims will see justice in the end.

“Let me assure you this case will continue on against anyone who was complicit with Epstein. Any co-conspirators should not rest easy. The victims deserve justice, and they will get it,” the Attorney General warned. [Emphasized.]

Jerry Nadler Draws A Conclusion On The Mueller Report: ‘The Report Left A Roadmap For Congress’

WATCH: NYPD, FDNY & Thousands of Other NY Workers March Across the Brooklyn Bridge in Protest of City Rules