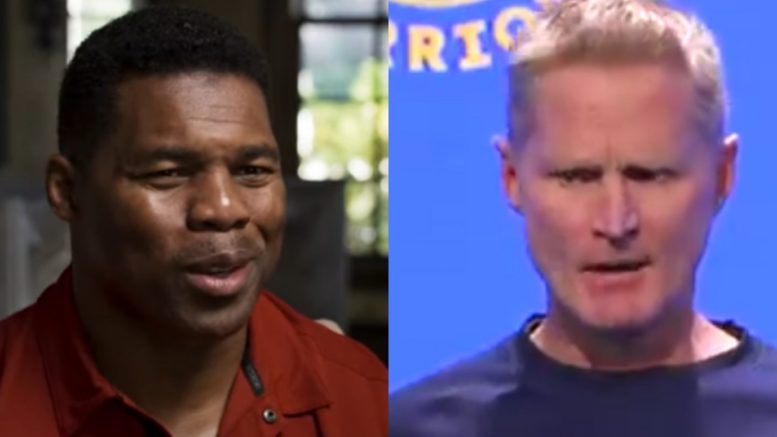 Last Thursday, Golden State Warriors head coach Steve Kerr took the sports world by surprise when he pivoted while answering a question about China by targeting the United States.

The question came as the NBA is on a tour through China in wake of pro-democracy protests that have taken place in Hong Kong over the past few months.

A reporter asked Kerr if he had ever been asked a question about human rights during previous trips to China.

Kerr responded, “It has not come up in terms of people asking me about it, people discussing it. No.”

“Nor has (America’s) record of human rights abuses come up either,” Kerr continued. “You know, things that our country needs to look at and resolve. That hasn’t come up either.”

“Saying that is my right as an American. Doesn’t mean that I hate my country,” he added. “But people in China didn’t ask me about, you know, people owning AR-15s and mowing each other down in a mall.”

Kerr’s statement went viral and put the NBA in an awkward position, leading the organization to announce that none of the players on the tour in China will be able to speak to the media for the rest of the trip.

While NBA players and coaches will remain tight-lipped for the remainder of their tour of a country with controversial human rights, former NFL player Herschel Walker zinged in a knock-out question for all Americans to ponder.

Herschel said in a tweet: “America is the greatest country in the world-free to speak and think for yourself! Question ..during Summer Olympics will the NBA players play for USA or China?” See Below

🇺🇸America is the greatest country in the world-free to speak and think for yourself! Question ..during Summer Olympics will the @NBA players play for USA or China?@Nike @FoxNews @CNN @DonaldJTrumpJr @realDonaldTrump @USATODAY @NBCNews @ESPNNBA @espn @NBAonTNT @nikebasketball

In ending, here is video of Tucker Carlson’s takeaway from Kerr’s controversial statement: