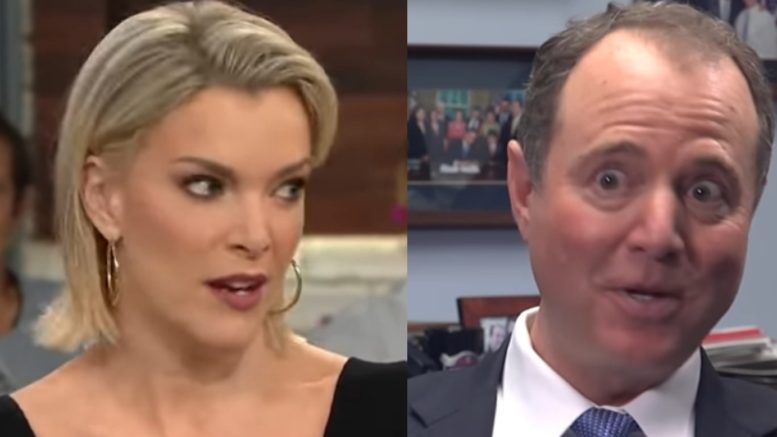 On Wednesday, The New York Times reported that one of Schiff’s aides got an early account from the whistleblower, who then outlined the details to Schiff prior to the whistleblower filing a formal complaint.

The new report has called into question how much Schiff played a role in the actions of the whistleblower, especially since he is the one leading the impeachment inquiry into President Trump.

In a tweet on Wednesday, Megyn Kelly took aim at the left who scoff at the the suggestion that the entire whistleblower story is just another politically motivated attack designed to smear and remove President Trump from office.

And she tied it to Supreme Court Justice Brett Kavanaugh and the smear campaign he faced when the left tried to shut down his nomination.

“So Schiff coordinated w/whistle-blower from the start. And Blasey-Ford ran to Democrat partisan lawyers/reps in Kavanaugh,” Kelly wrote. “And those who said, maybe politics is at play, get dismissed as Trump sycophants. Come on.” See Below

So Schiff coordinated w/whistle-blower from the start. And Blasey-Ford ran to Democrat partisan lawyers/reps in Kavanaugh. And those who said, maybe politics is at play, get dismissed as Trump sycophants. Come on. https://t.co/ERETquA55K

Kelly’s former colleague at Fox News, Brit Hume also weighed in on Twitter, where he questioned Schiff’s truthfulness in regards to him saying previously he had no prior direct communication with the whistleblower.

We leave you with Brit’s full statement.