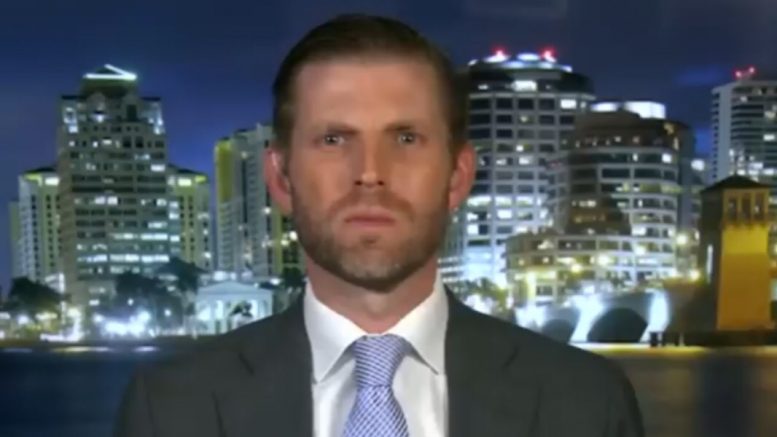 Eric Trump, son of Donald Trump, told Fox News host Sean Hannity Monday evening, that his family has the security footage of the FBI’s raid at Mar-a-Lago and is planning to release it “at the right time.”

Save America attorney, Christina Bobb, said last week that the Trump family watched the Mar-a-Lago raid from New York via CCTV. Bobb told host Gina Loudon on “Real America’s Voice” that, contrary to rumors that the security cameras had been turned off, the property’s security feeds were on during the FBI’s raid.

“Will you — you still have the surveillance tape, is that correct? Will you — are you allowed to share that with the country?” Sean Hannity asked Eric Trump during the interview Monday night.

“Absolutely, Sean. At the right time,” Trump said, adding that all law enforcement officers should wear body cameras for “transparency.”

“I think the folks in New York — President Trump and his family — they probably had a better view than I did. Because they had the CCTV, they were able to watch,” Bobb said, adding that the Trump family had seen “the whole thing.”

Those working for the former president who were at his Florida estate during the raid refused to turn off security cameras on the premises despite instructions from federal agents to do so, the Daily Mail reported.

On Sunday morning, 45th President Donald Trump said, in part, on Truth Social, “The whole World was watching as the FBI rummaged through the house, including the former First Lady’s closets (and clothing!), alone and unchecked. They even demanded that the security cameras be turned off (we refused), but there was no way of knowing if what they took was legitimate, or was there a ‘plant?’ This was, after all, the FBI!”

On Tuesday, he wrote on Truth Social, “In the Raid of Mar-a-Lago, the FBI demanded that all security cameras be turned off. What is that all about? We said no!” 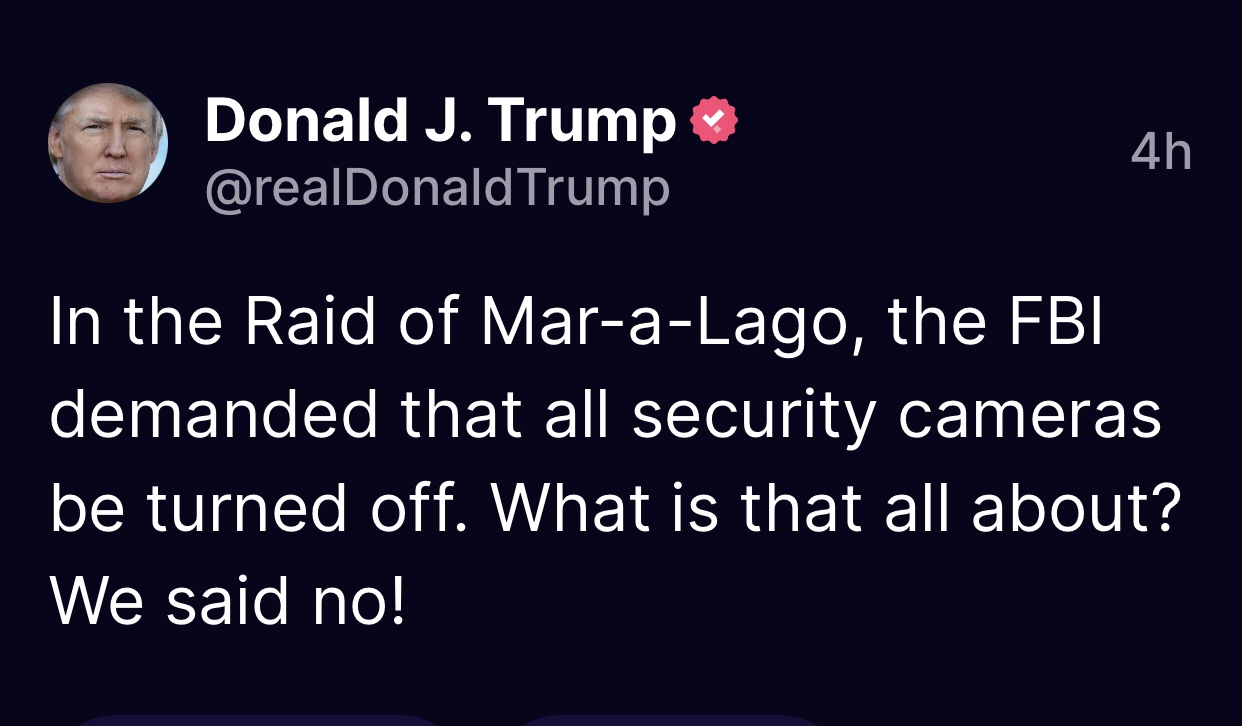 Related: Trump Issues a Statement Slamming the FBI for its ‘Long & Unrelenting History of Being Corrupt’