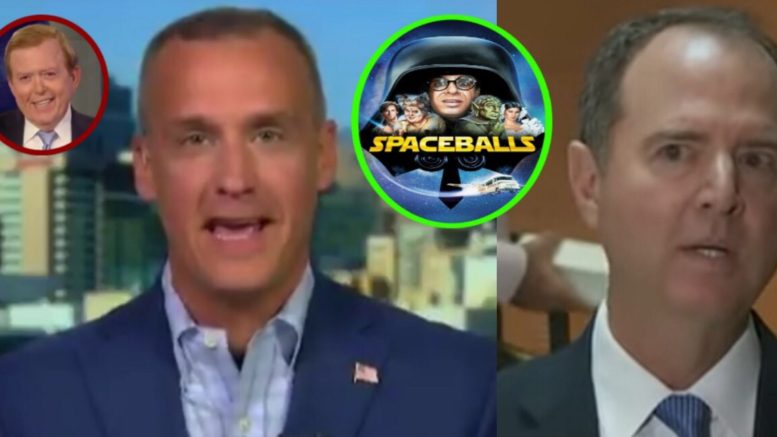 Former Trump campaign manager, Corey Lewandowski, spoke with Fox Business’ host Lou Dobbs on Monday where he painted a depiction of who the mysterious “whistleblower” might be, in which they reportedly filed a complaint with the ICIG (Office of the Intelligence Community Inspector General) after a phone conversation with President Trump and Ukraine’s President Volodymyr Zelensky involving former vice president Joe Biden.

CNN, however, reported last week, “The whistleblower didn’t have direct knowledge of the communications, an official briefed on the matter told CNN. Instead, the whistleblower’s concerns came in part from learning information that was not obtained during the course of their work, and those details have played a role in the administration’s determination that the complaint didn’t fit the reporting requirements under the intelligence whistleblower law, the official said.”

Asked about his thoughts on the whistleblower, “Lou, my cousin’s sister’s brother’s dog… this is like a theme out of ‘Space Balls’ the movie– told me this story.” Lewandowski expressed. “All of a sudden I’m a whistleblower? Of course, that’s not the case.”

“This is a person who had no direct knowledge of the conversation, who heard it at a bar, that was on a cocktail napkin, that was given to him by his cousin’s friend, who might’ve worked in the White House one day,” he continued.

Lou Dobbs responded to Lewandowski’s assessment of the whistleblower and said, “I think you’re expecting too much of people, Corey. I mean, first of all, you feel insulted and confronted by the radical Dimms in the Judiciary Committee and now, you think a whistleblower should know what the hell he or she’s actually talking about at first-hand experience and be a member of the intelligence community, in which they’re seeking whistleblower status. This is amazing,” he said.

Inspector General Michael Atkinson of the office of the Director of National Intelligence (DNI) wrote in a Sep. 9 letter to the House Intelligence Committee that the whistleblower complaint “appeared credible” and related to an “urgent” matter. But, the DNI general counsel said days later that, after consulting with the DOJ, the matter did not meet the legal definition of an “urgent concern,” and was not subject to mandatory disclosure to Congress, as reported by Fox News.

The former campaign manager pointed out, “And they were so insulted by what they heard, that they decided to go to a person that you have no credibility in this conversation, so we’re not gonna pursue this. That’s the chaos.”

“The mainstream media hates this President more than they love the country and what that means is anything, Donald Trump. (Video Below)

#AmericaFirst– @CLewandowski_: This “whistleblower” actually never heard the conversation. The mainstream media hates @realDonaldTrump more than they love the country, and what that means is anything to stop Donald Trump. #MAGA #Dobbs pic.twitter.com/p95sEXELbU

(Related: Fresh Off His Testimony, Corey Lewandowski Unveils The Only ‘Crime’ Trump Is Guilty Of: ‘He’s Guilty Of Putting America First’)