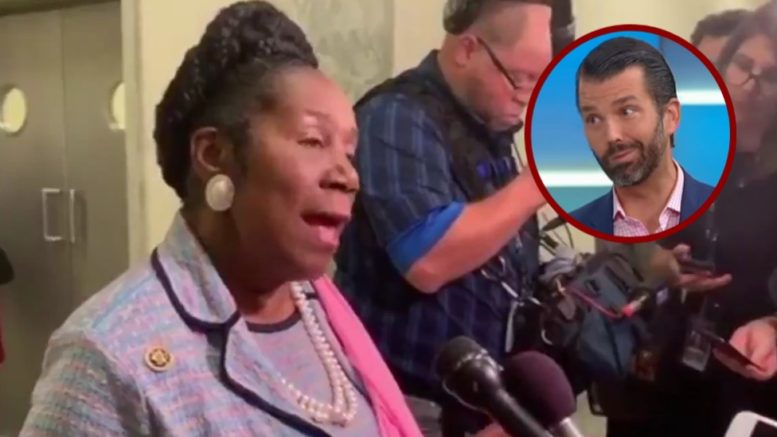 On Monday, video surfaced of Rep. Sheila Jackson Lee claiming to have held an AR-15 at an unspecified moment in time.

She briefly described her experience holding the gun to help persuade the public why .50 caliber bullets need to be better controlled.

“I held an AR-15 in my hand, I wish I hadn’t. It is as heavy as 10 boxes that you might be moving,” Rep. Jackson Lee said. “And the bullet that is utilized, a .50 caliber, these kinds of bullets need to be licensed and do not need to be on the street.”

Jason Howerton of Blaze Media tweeted the video of Sheila Jackson Lee and slammed the Congresswoman over her remarks.

“THESE ARE THE PEOPLE WHO WANT LEGISLATE FIREARMS,” Howerton stated. “They know nothing. To say the ignorance is astounding and terrifying is an understatement.”

“Is it ignorance? Or is it malevolence?” he questioned. “I have a hard time believing someone who WRITES LAWS could be this misinformed. Unreal.” Video Below

THESE ARE THE PEOPLE WHO WANT LEGISLATE FIREARMS. They know nothing. To say the ignorance is astounding and terrifying is an understatement.

Is it ignorance? Or is it malevolence? I have a hard time believing someone who WRITES LAWS could be this misinformed.

Howerton then refuted the claim made by Jackson Lee that an AR-15 shoots .50 caliber bullets and provided pictures to prove that she “got it wrong.”

“For my non-gun peeps, claiming an AR-15 shoots .50 caliber bullets is as asinine as saying your car runs on orange juice,” Howerton proclaimed.

“Also, an AR-15 generally weighs somewhere between 7-9 pounds. So if 10 of your moving boxes weight 9 pounds, you’re really doing it wrong,” he added and then provided pictures as can be seen below. Continued Below

you can see how she got it wrong though. Basically the same. pic.twitter.com/MxSKB0X5cT

Almost hard to fathom that someone could be so uninformed on a subject, and yet be a decision maker on the issue. Will the media call out these blatant lies? https://t.co/DK3vRvlQSr