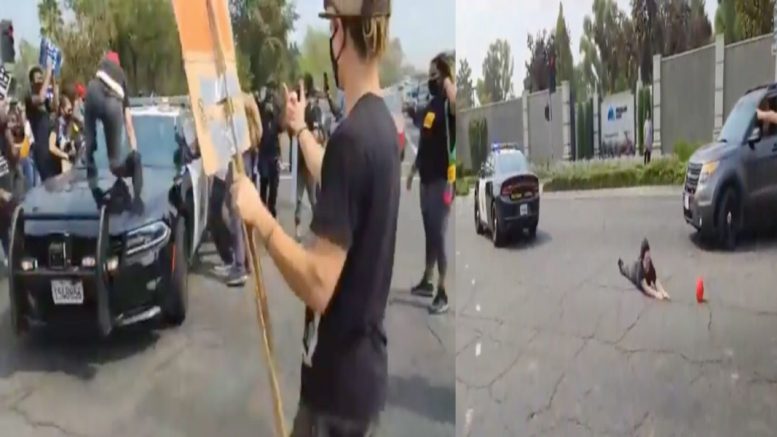 President Trump and California Governor Gavin Newsom held discussions at at the Sacramento McClellan Airport Monday for a roundtable discussion on the massive wildfires engulfing the Golden State and much of the West.

While the Democratic governor acknowledged that they had very different views when it comes to climate change and the role it has played in this year’s historic fires, Newsom put aside partisan politics during the meeting to thank Trump for the federal help the state has received to combat the blazes and warn that there is still much work to be done as the fires continue to grow, Fox News reported.

“I want to thank you and acknowledge the work you have done to be immediate in your response,” Governor Newsom told the president. He added that the help from the Federal Emergency Management Agency has been “profoundly significant.”

On September 5, the California Army National Guard heroically embarked on a harrowing mission to rescue families trapped by the fires.

After discussions with Newsom, the president awarded the Distinguished Flying Cross to brave pilots and crew members of the California Army National Guard. Over the course of 10 hours, in poor visibility, the California National Guardsmen made multiple perilous flights to rescue stranded and injured campers—saving 242 people.

“To each of you, your unyielding and undying determination lifts our nation. You’re what makes our nation great, and we thank you very much. … Our Nation is strong because of remarkable individuals like these service members,” the Commander in Chief said. Continued Below

Meanwhile, as the president was taking action to help California amid the wildfires and award the California National Guardsmen for their bravery and heroism, a Black Lives Matter activist was seen outside of the event, unsuccessfully trying to climb on top of the hood of a moving police cruiser but ended up hitting the pavement. EMT arrived on the scene.

Protesters were also seen throwing objects at passing vehicles who were in support of the president.

(Related: Violent Protest Erupts In Lancaster, PA After Police-Involved Shooting Of Man Charing At Officer With A Knife)

Gutfeld Slams Chuck Todd For Suggesting Trump Voters ‘Want To Be Lied To’: “He’s Dorian Gray Without A Painting”