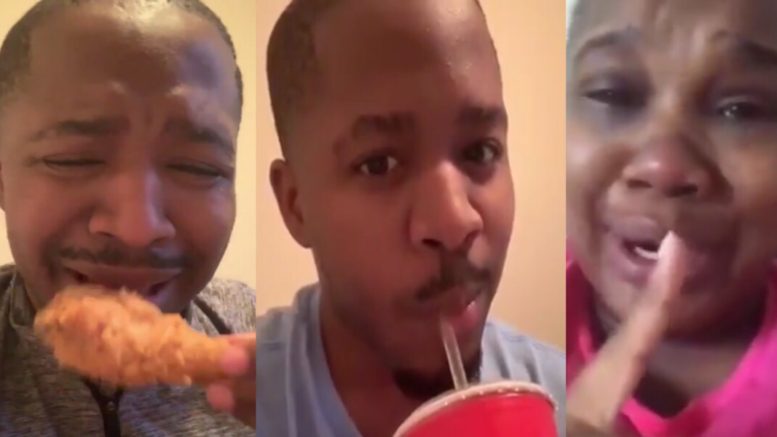 Internet sensation and Trump supporter, Terrence Williams, took to Twitter to respond to Rep. Erica Thomas’ (D-GA) alleged claim that a man told her to “go back to where you came from.”

Thomas claimed Friday that Eric Sparkes had confronted her in a Publix grocery store checkout line and told her to “go back to where you came from,” but later backtracked her claim on Saturday during an interview.

Eric Sparkes argued Thomas’ version of the story is “untrue” and that the worst thing he said was to call her a “bitch” for having too many items in the “express checkout.”

“That’s all I said after that, and I walked out of Publix,” he said, adding that he is of Cuban descent. “Her words stating on [Facebook] in her video, stating I told her she needs to go back where she came from, are untrue.”

Thomas told WSB-TV about her demand that Eric Sparkes be charged after a press conference in which she said she was “not backtracking” her initial claim. (Continued Below)

Sparkes responded to Thomas’ press conference by saying he was considering a defamation lawsuit against the lawmaker. “Ms. Thomas has taken an innocuous situation that began on my part to be about being inconsiderate and turned into a national case about race overnight,” Sparkes said in a statement Monday. “Ms. Thomas accuses me of telling her to go back to wherever. Those words were never spoken. She backtracked slightly and now is changing her story. I am in the process of exploring with attorneys a defamation lawsuit against her,” as reported by Washington Examiner.

Terrence Williams responded to Rep. Thomas’ claim that a “white man” told her to “go back where she came from” and he posted two videos on Twitter.

“Girl bye! Are you serious?” Terrence asked in his first video after playing a clip of Rep. Thomas crying and then backtracking. “I don’t know if it’s the fact that you’re crazy, or you’re pregnant and you’re going through a lot, but you need to eat some raviolis and take your pregnant but to bed.” (Continued Below)

Then, he asked, “Before you disappear after this hate hoax, [what] acting coach did you go to? You were pretty good, I’m not gonna lie.”

In another video, Terrence wrote, “Here is my story of being told to go back where I came from by a restaurant waiter” adding, “If you stand with me, Comment or RT using hashtag #IStandWithTerrenceKWilliams”

Terrence appeared to be poking fun at Rep. Thomas as he was “crying” in his next video and said, “Okay, this is going to be kind of hard sharing this story. I was out to eat and I had ordered my food already, [and then] I got my food and wasn’t really happy with what was on my plate. I wasn’t happy with the way it tasted. And I was complaining… [to] the wait[er] guy, the white guy, I was complaining to him.”

“This chicken don’t taste as good as the chicken down the street, and he told me ‘go back where you came from; go back to that chicken place,'” Terrence said as he was sniffling. “I just wanted some quality crispy chicken. He didn’t have to tell me to go back, the place was closed.” (Videos Below)

Watch the two videos of Terrence below:

So I’m reposting it. Everyone should know!

Lawmaker Erica Thomas said a white racist told her to “go back where she came from.” Now she admits he didn’t!

If you stand with me, Comment or RT using hashtag
👉 #IStandWithTerrenceKWilliams pic.twitter.com/lOhqoszKo3

(Related: Terrence Williams Defends Trump Amid The ‘Squad Drama’: ‘If You Don’t Like This Country, Then You Can Leave!’