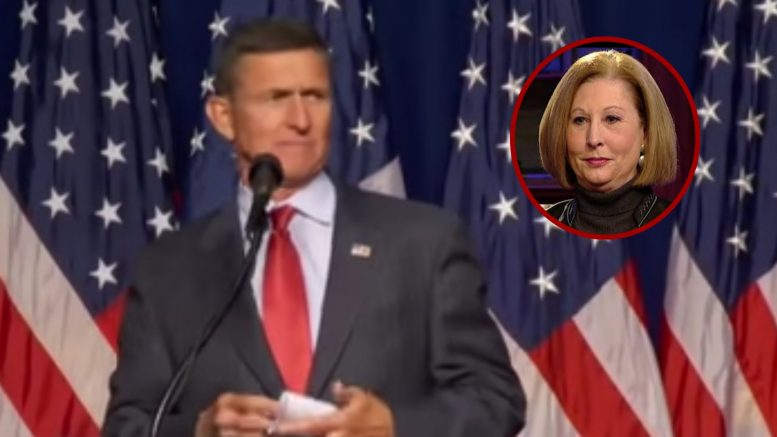 President Trump’s attorneys Rudy Giuliani and Jenna Ellis released a statement on Sunday announcing that Sidney Powell is “practicing law on her own” and is “not a member of the Trump legal team.”

The statement came several hours after Ms. Powell told Newsmax that a pending lawsuit set to be filed in Georgia this week will be “Biblical.”

On Sunday afternoon, Rudy Giuliani and Jenna Ellis both issued the following prepared message: “Sidney Powell is practicing law on her own. She is not a member of the Trump Legal Team. She is also not a lawyer for the President in his personal capacity.”

In response, General Michael Flynn released statement on behalf of Sidney Powell who apparently was not able to use her Twitter account as she was placed under a 12-hour suspension from the platform.

“@SidneyPowell1 has been suspended from Twitter for 12 hours. She understands the WH press release & agrees with it,” General Flynn tweeted.

“She is staying the course to prove the massive deliberate election fraud that robbed #WeThePeople of our votes for President Trump & other Republican candidates,” he added. See Below

Atlanta attorney Lin Wood, who is in the process of fighting legal battles in Georgia on behalf of “We The People,” also weighed in on the statement from Trump’s legal team.

“Sidney Powell & I are more alike than we are different,” Wood tweeted. “We are fighting different legal battles for the same clients – We The People.”

“The People voted overwhelmingly to re-elect @realDonaldTrump. All interests are aligned,” he added along with the hashtag #FightBack. See Below

Moments later, Wood issued another statement to help calm the nerves of Trump supporters who were shaken by Giuliani and Ellis’ statement.

“There are no coincidences. Everything is planned. Stay strong in your faith. Be patient. Trust the Lord,” Wood replied to a one of his followers who said she was “scared” by the latest revelation.