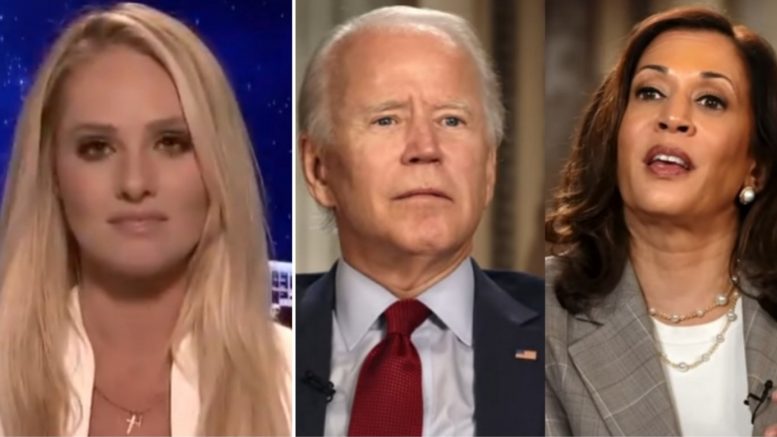 “We all feel sorry for Joe Biden. Nobody wants to see anybody struggle ever, but the double standard is the only standard of the left,” Tomi Lahren proclaimed in her initial reaction to Joe Biden’s latest mishaps.

This past week, not only did Biden suffer an unfortunate stumbling incident while boarding Air Force One, but he also mistakenly referred to Vice President Kamala Harris as ‘President Harris’.

“This is not good for our country, and the world knows it. That is the saddening part of all of this.  Whether you are a Republican or a Democrat, the world sees this and they know we are coming from a place of weakness and that is never a spot that the United States of America wants to be in.” Video Below

We've all seen Biden falling up the steps of Air Force One on Friday. But what we can't help remember is the absolute hysteria from the liberal media and even Biden himself when Trump walked gingerly down this ramp at West Point. Here to react is @TomiLahren and @TheLeoTerrell. pic.twitter.com/8S0YepQQ5n