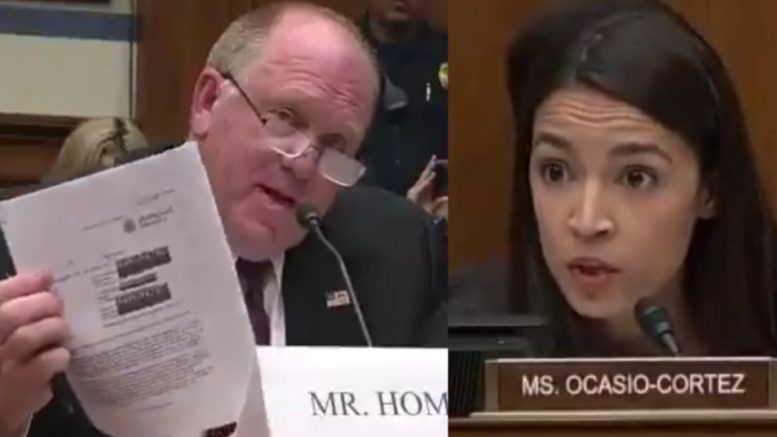 Alexandria Ocasio-Cortez got a chance to grill former ICE Director Tom Homan during Friday’s hearing on the Trump Administration’s policy on child separation.

During their exchange, Homan made it clear that there have been numerous recommendations made to “secure the border and save lives,” one of them being a “zero-tolerance” policy.

When asked by AOC if the zero-tolerance policy included family separation, Homan said, “It’s the same as it is when any U.S. citizen parent gets arrested when they’re with a child.”

He added, “If I get arrested with a DUI and I have a young child in the car, I’m gonna be separated.”

Homan also brought up how when he was a police officer in New York, he arrested a man for domestic violence. The man then had to be separated from his family.

Ocasio-Cortez interupted and said, “With all due respect, legal asylees are not charged with any crime.” Homan fired back, “When you enter the country illegally, it’s violation of 8 United States Code 1325.”

AOC declared, “Seeking asylum is legal.” Homan quickly fired back, “When you seek asylum, you go to the port of entry. Do it the legal way. The Attorney General of the United States has made that clear.” Video Below