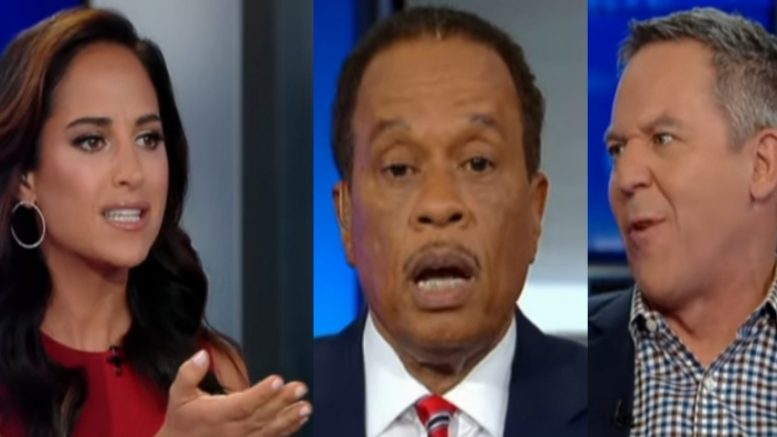 It was another explosive day in politics as President Trump walked out of a meeting on infrastructure with House Speaker Nancy Pelosi and Senate Minority Leader Chuck Schumer.

Prior to the White House meeting, Pelosi met with other Democrats to discuss the subject of impeachment, and she was seen accusing the President of being involved in a “cover-up” while speaking with reporters. As a result, Trump shifted gears and decided not to negotiate with people who seem to only be interested in investigating him.

Juan Williams gave his reaction to the matter while discussing it with other co-hosts on The Five.

Juan suggested that Trump was just pulling a “big stunt” as a way to avoid the entire meeting with Pelosi and Schumer because, as Williams claimed, he doesn’t know where  to get funding needed for infrastructure.

He said, “Trump did a big stunt in which he didn’t know how to pay for infrastructure. That’s what’s going on in Washington.” Williams then reiterated, “[Trump] doesn’t know where to get the money.” And if that wasn’t enough, Juan then claimed that the President pre-planned “the Rose Garden ceremony.”

Emily Compagno countered Williams as she said it was actually Schumer and Pelosi who pulled a stunt. Compagno likened what Pelosi did to “tossing a lit match onto the bundle of cinder that is Trump.” She added, “When [Pelosi] says there’s a ‘cover-up’ and has these buzz words, of course he’s gonna freak out.” Video Below

Compagno went on to say that infrastructure is “bi-partisan” and the money is “absolutely there”. The issue is  that Pelosi and Schumer were “putting the deal before themselves in terms of what it represents.”

“If Schumer and Pelosi were actually interested infrastructure,” Compagno said, “they wouldn’t have pulled this stunt.”

Greg Gutfield then got the last laugh, as he caught Juan labeling what happened in the 2016 election as “Russian interference” instead of the words “Russian collusion” that Democrats pushed on America for two years. Video Below