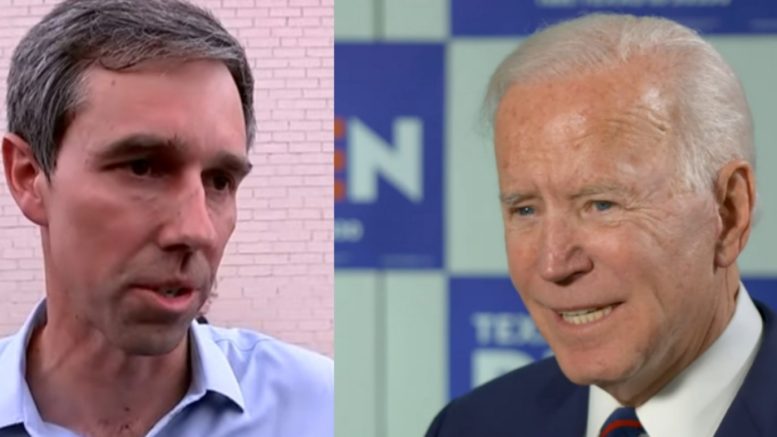 Biden made the implication during a recent interview with The Dallas Morning News.

When asked if he would consider Beto O’Rourke or Julián Castro as a running mate, Biden replied, “Yes I would. I’d consider either or both of them.”

“My plea to both of them is that they stay engaged,” Biden said. “They are talented, talented people.”

There is no record of him ever claiming to be of Hispanic heritage, but there is record of him once saying that he was called Beto “from day one, and it’s just — it’s kind of a nickname for Robert in El Paso (TX). It just stuck.”

Someone in the Biden campaign may want to nudge Joe and fill him in on Beto’s background…just for future reference.

General Michael Flynn: “I Must Have Put The Fear Of God Into Barack Obama And I Probably Still Do”