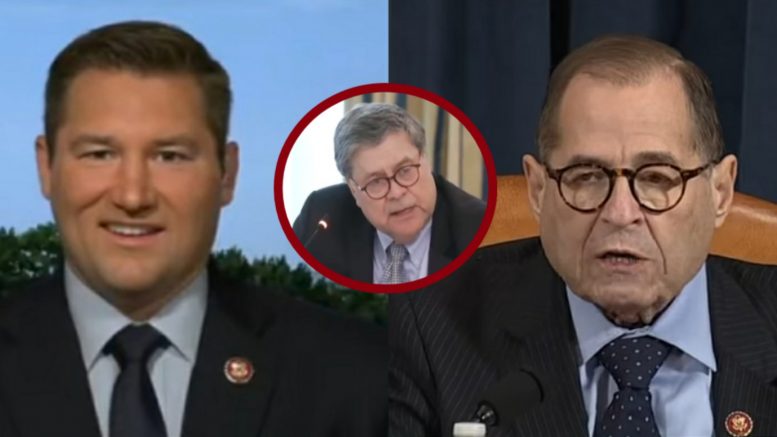 Congressman Guy Reschenthaler reacted to reports that Chairman of the House Judiciary Committee Jerry Nadler may soon be issuing a subpoena for Attorney General William Barr.

Nadler confirmed last Monday night that he plans to issue a subpoena on July 2 to compel Attorney General Bill Barr to testify before Congress in relation to the firing of U.S. attorney Geoffrey Berman.

Berman had been reportedly been leading several investigations out of the South District in New York that involved Trump and his advisers, including personal attorney Rudy Guiliani, according to The Hill.

He was fired by President Trump on Saturday, June 20 at the direction of AG Barr after he refused to step down from his position.

Days after Berman’s firing, Chairman Nadler told Rachel Maddow, “We have begun the process to issue that subpoena. It is very much true. We are doing that.”

Rep. Reschenthaler slammed Nadler’s expected subpoena for AG Barr and said that such a hearing will be nothing more than another “show trial” for Democrats to “discredit Barr before the Durham report is released.” Video Below

“The Democrats are simply trying to discredit Attorney General Barr before the Durham report is released,” he declared. “And I think that’s going to he very telling on what the Obama Administration was doing — spying on the Trump campaign team.” Video Below

Brennan Touts His Criticism Against Trump’s Administration Over The Past 4 Years, Bongino Fires Back