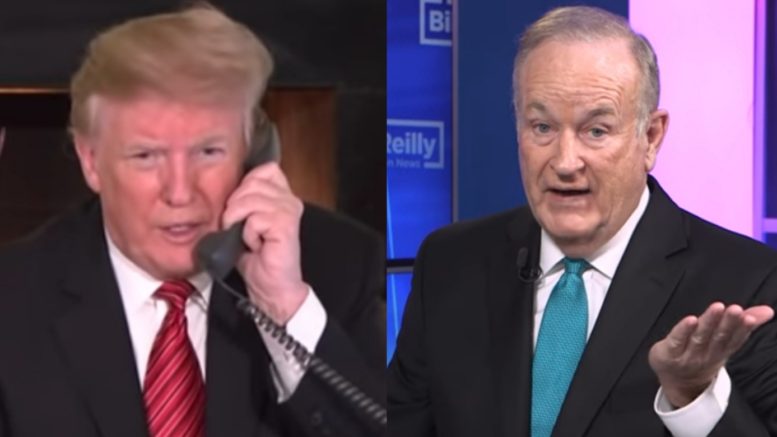 On Monday morning, Bill O’Reilly was caught off guard after receiving a call directly from President Trump.

According to O’Reilly, the conversation lasted about twenty minutes. He also got the President’s permission to make every topic that was discussed during the phone call on-the-record except for one.

O’Reilly said Trump called him by his nickname “Wild Bill,” and basically gave him an update about what he was doing.

Trump first talked about the China deal, which he thinks he will have a “good deal signed soon.”

The President then told O’Reilly that sanctions are hurting Iran terribly and it’s something the media isn’t broadcasting it “because there is no media in Iran to speak of.”

Then, O’Reilly said Trump told him he thinks North Korea will soon come back to the negotiating table because sanctions are hurting them as well. Video Below

And although the President said he has no idea what will be in the report, he did say that he “believes there is no collusion.” He hasn’t gotten a heads up that there was collusion, which O’Reilly said “he would’ve” if there was. Video Below