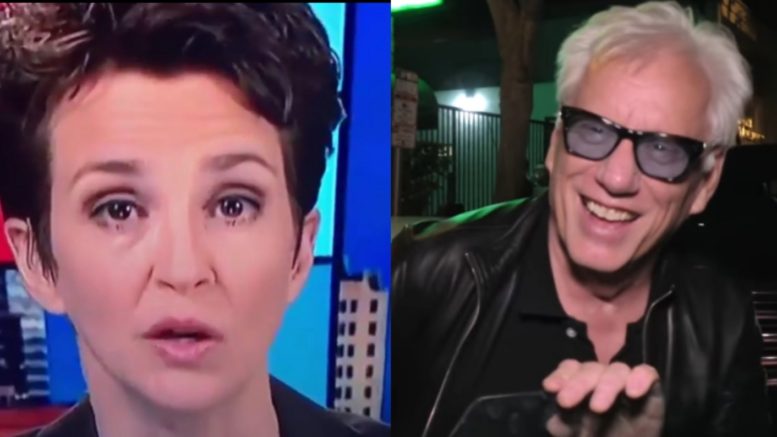 Special Counsel Robert Mueller’s investigation officially came to a close on Friday, as it was announced that he sent his report to Attorney General William Barr for review.

The sudden ending of Mueller’s probe meant celebration for some, while at the same time, sadness to others who were banking on the investigation as a path to get rid of President Donald Trump.

Democrats, with the help of anti-Trump liberal media sources, have been pushing the Russia collusion narrative for the two years that Mueller’s probe has taken its course.

In recent days, there have even been suggestions made by Democrat Congressmen and pushed by the media, that there will be indictments handed down to President Trump stemming from the probe.

But that was all shot down on Friday, as MSNBC’s Rachel Maddow and other media sources were forced to report the end of Mueller’s Russian collusion probe without any indictments for the President.

While reporting on the matter, Maddow appeared visibly sad and even crying. Video of her reaction soon went viral on social media. See Below

James Woods, who spotted the footage, capitalized on the moment in classic fashion.

Woods initially said, “Maddow was actually crying. Crying! Not since her drunken liar goddess Hillary got pummeled in the election have I seen such agony etched onto the face of this bonehead. Dear God, this is so much fun…”

He then tweeted a video of Maddow that visibly showed her tearing up and captioned it, “Maddow either choking on kitty litter chunks or facing the hard cold reality she’s the worst journalist in television history. Always certain, but rarely right…#LifeIsGood” Video Below

And if that wasn’t enough, he then slammed the “unvarnished” bias that exists in the media and why he thinks they are “Enemy of the People.”

It is now sadly clear that a preponderance of so-called “news” coming from America’s mainstream media outlets is unvarnished biased drivel. They have aided and abetted the disgruntled Democrats’ unholy jihad against this President. They are truly the #EnemyOfThePeople #Russiagate

Anderson Cooper Calls Trump A Liar To Press Secretary’s Face, Instantly Gets Called Out: Your Panel Lies ‘Almost Every Night’