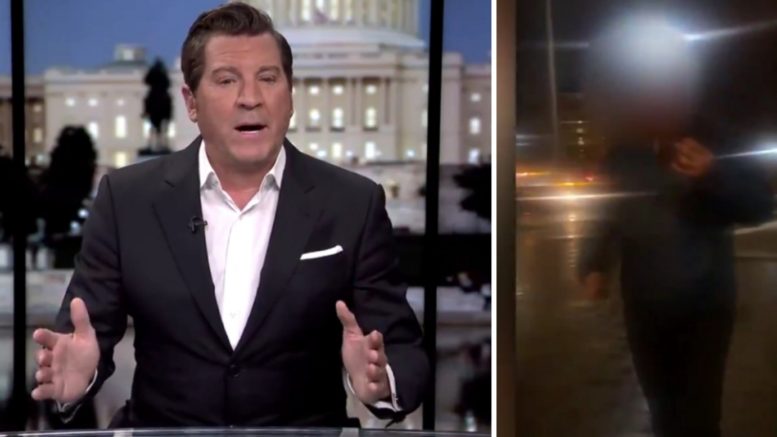 Eric Bolling of Blaze TV, shared a recent situation involving a man who confronted him while sitting with his friends at Trump Hotel in D.C.

Bolling was, ironically, chatting with UC Berkeley attack victim Hayden Williams, when a man approached him and mocked the death of his son, Chase Bolling.

The man said, “Eric Bolling’s son killed himself because he was embarrassed by his dad.”

Bolling, who lost his son a year and a half ago to an opioid overdose, described what the man said as, “It was a drive by hit on me using the most hateful words a human being could deliver to a grieving father.”

Eric said he then followed the ‘hateful moron’ to the parking lot, which he recorded on his cell phone. He shared footage of the parking lot confrontation with his viewers, where he is heard going back and forth with them.

Bolling had their faces be blurred out because he wouldn’t want to expose them to the type of hate that they dumped on him. But he questioned, “Why would anyone want to do such a horrific thing? Over politics? Just because I am a friend of President Trump?” Video Below

Bolling said he thinks the intention of the man was to deliver a “death-blow” and to shut him up for good. However, he said, “They picked a fight with the wrong guy! On September 8, 2017, I lost my son, I left my career behind and I put my faith on ice that day…all in a three-hour period. I lost it all that day. This is all I have left.”

He concluded, “Therefore, I will not shut up.” Bolling said Eric Chase would not allow him to be intimidated by “thugs” like the man who spewed hate.

He then finished off with, “God bless President Trump. God bless his supporters. God bless the United States of America. And God damn those among us who use hate to fuel a political agenda.” Video Below

.@EricBolling was sitting with some friends at Trump Hotel in D.C. when a man walked by his table & said, loud enough for them to hear, Eric's son "killed himself because he was embarrassed by his dad.”

Eric followed the hateful man outside & started filming what came next… pic.twitter.com/51FhqG6Nmh

Don Jr. Slams Professor Karlan Over Her ‘Joke’ With Barron Trump’s Name: “Remember Only Children Of Liberals Are Off Limits”