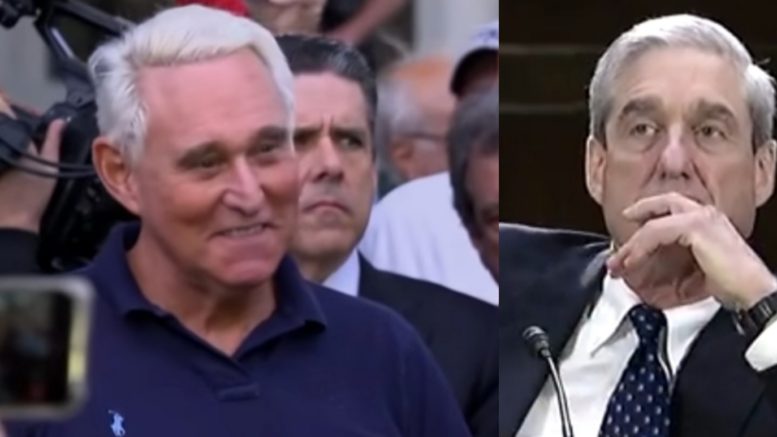 On Friday, liberal media outlets went into a drooling frenzy after learning that the judge overseeing the Special Counsel’s case against Roger Stone imposed a gag order on Stone and his legal team.

Mainstream sources celebrated the news by publishing titles and photos depicting the action taken by the judge as a major hit to Stone.

Photos of a disgruntled or sad-looking Stone as the main article picture began to circulate with titles that matched the mold of the narrative MSM wanted to portray.

Some of the titles that were virally circulated read, “Roger Stone slapped with gag order by federal judge” (The Washington Times), “Mueller wins Roger Stone gag order” (MSNBC), “Telling Stone not to talk to press like taking limb” (CNN), just to name a few.

This was the norm of what initially floated around, but what the sources didn’t depict in their titles is that the judge’s order has very little impact on Stone, himself.

In fact, nearly all of Roger Stone’s First Amendment rights are still intact, which Stone emphasized and praised the judge for honoring. In a statement to Politico, Stone said, “I am pleased that the judge’s order leaves my First Amendment right to defend myself in public intact. I will of course continue to be judicious about my comments regarding the case.” Video Below

Judge Amy Berman Jackson said Stone is not allowed to speak about the case in or around the courthouse…that’s it. But MSM sure didn’t emphasize it in their titles, did they?

According to Washington Examiner, Jackson has not imposed additional restrictions on Stone, so for now, he is allowed to speak freely about how he feels about the case as long as he’s not at the courthouse. Video Below

Majority of the gag order focuses on both Special Counsel Mueller’s team and Stone’s legal team, which it says both sides are not allowed to discuss matters of the case with the media or in a public setting. But the liberal media, in their titles and photos depict a whole other aspect of the gag order that construes Stone himself as defeated.

It’s the latest twist coming from the Russian collusion saga that shows just how much this narrative means for MSM as they continue to try to depict President Trump and his associates as the enemy. Be careful not fall in their traps!

We leave you with video of Tucker discussing how CNN conveniently got tipped off on Roger Stone’s arrest.

Dershowitz: “All Lawyers For Former President Trump Redeemed Themselves — I Think They Have Won”