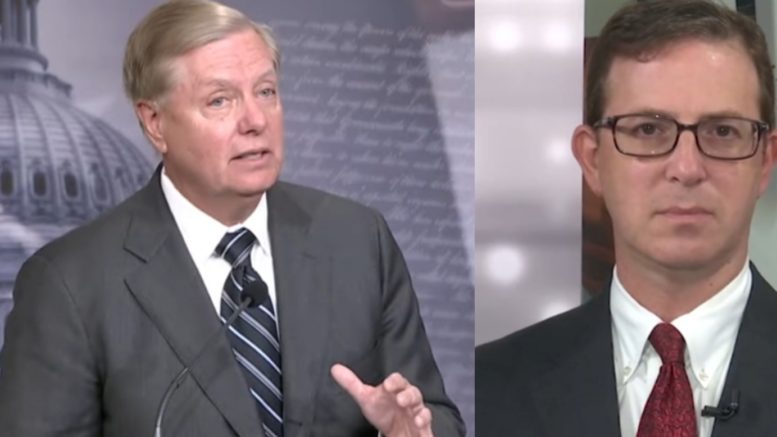 Senator Lindsey Graham issued a response after learning that the whistleblower is reportedly willing to answer questions from Republican members of Congress through writing.

Graham referenced an article by The New York Post published on Sunday that broke down the request made through the whistleblower’s lawyer Mark Zaid.

As per The New York Post, “Mark Zaid wrote in a series of tweets that he reached out to GOP Rep. Devin Nunes (R-Calif), the ranking member of the House Intelligence Committee, to tell him GOPers could contact the whistleblower through the legal team and bypass the Democratic head of the panel, Rep. Adam Schiff (D-Calif.)”

Zaid said that the questions given by GOP Congressmen “cannot seek identifying info, regarding which we will not provide, or otherwise be inappropriate” and answers would be given “under oath & penalty of perjury.”

House Minority Leader Kevin McCarthy said he personally didn’t have any knowledge of the whistleblower’s request when appearing on Face The Nation, but told Margaret Brennan, “What I’m open to, when you’re talking about the removal of the president of the United States, undoing democracy, undoing what the American public had voted for, I think that individual should come before the committee.”

Senator Graham addressed the whistleblower’s request in a pair of tweets on Monday morning.

“Impeachment is the political death penalty for an elected official,” Senator Graham tweeted. “Must have full right of confrontation regarding the whistleblower — not written questions and answers.”

“What a due process crumb being thrown to House Republicans to have the whistleblower testify in writing,” he added. See Below

What a due process crumb being thrown to House Republicans to have the whistleblower testify in writing.

In ending, here is video of Dan Bongino giving his reaction to the whistleblower’s offer: