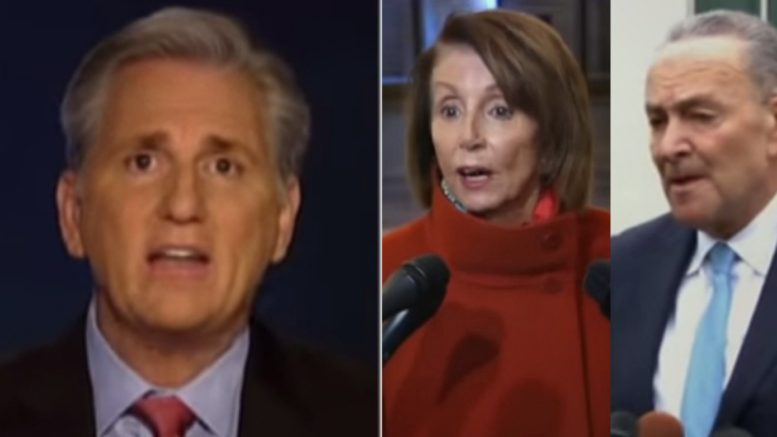 McCarthy gave his take on what he has seen first-hand during closed-door negotiations with the President and Democrats, as well as what he finds most concerning about the process this far.

Like most Republicans, one of McCarthy’s biggest concerns is how key Democrats, including Barack Obama, have openly voted and voiced their support for border barrier funding in the past.

He also can not wrap his head around why Democrats, led by Nancy Pelosi, will not compromise one bit on making a deal work that would include border security.

Related Article: Newt Hops In To The Shutdown Debate: ‘Democrats Don’t Value The Safety Of Americans’

McCarthy said, “Nancy Pelosi will not compromise. She will not even put an offer on the table.” He also pointed out how he is bothered that Democrats would rather spend time vacationing than make a deal to open the government. Continued Below

Judge Jeanine offered the notion, “It’s almost as if the illegals are more important to them than the American citizens and the safety and sovereignty of this country.”

And that’s when McCarthy hit the proverbial nail on the head when he replied, “What’s very concerning to me: They’d rather have open borders than an open government.”

He discussed how Schumer and Pelosi did not believe the stats the DHS Sec. Nielson provided. And he witnessed President Trump offering Pelosi everything she wanted. But when he asked if he could have border security if he opened the government in 30 days, Pelosi replied, “Not at all.” Video Below

Bongino On Why Democrats Get So ‘Angry’ When Asked Tough Questions: “They Are Never Confronted On Their Stupidity Ever”