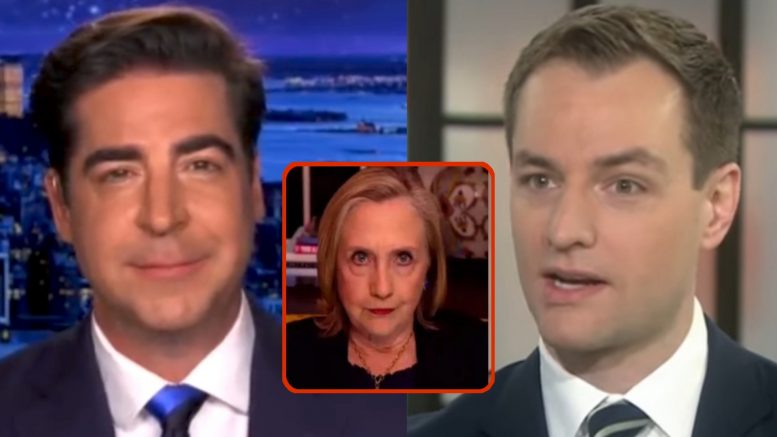 “Hillary’s former campaign manager, a guy named Robby Mook — a typical Clinton crony name if you ever heard one — was testifying under oath and [John]] Durham got him to spill his guts,” Jesse said. “Mook admitted that Hillary Clinton personally approved pushing a fake story about Trump and the Russians. The story was about Trump and a Russian bank. And that story was made up. And the people on Clinton’s side knew it was made up because they’re the ones who made it up.”

Watters went on to say that Mook was “shaky on the stand” while claiming that Hillary’s campaign “wasn’t totally confident the story was real” but “wanted the media to write about it anyway.”

“Mook asked Hillary if she wanted to plant the story with a reporter. Hillary said yes, and when it hit the internet she retweeted it, spreading the Russia hoax like wildfire,” Jesse said. “And while all of this was happening, Hillary was paying her lawyer, Michael Sussman to trick the FBI into opening an investigation into Trump based off the same bogus claims.”

“Has there ever been a dirtier politician than Hillary Clinton? And if I were Robby Mook and I just ratted out Hillary on the stand, I’d hire a food tester.”

.@HillaryClinton has been directly connected to the Russia hoax.@JesseBWatters says The guy that ratted out Hillary Clinton on the stand today should probably hire a food tester. pic.twitter.com/d6hdA0gLix