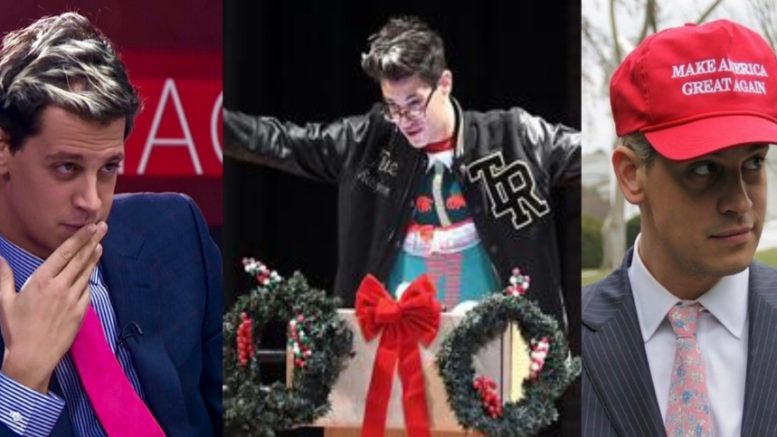 Political commentator & writer Milo Yiannopoulos has recently made home on another social media platform after over two years of being booted from Twitter.

Milo, along with other popular figures on the right, recently surfaced on the new social media platform called ‘Parler’ that is quickly gaining traction due to conservative suppression on other platforms.

With Christmas right around the corner, Milo recently shared a story about what he has done during December to help combat the politically correct trend of saying ‘Happy Holidays’ instead of ‘Merry Christmas’.

He continued, “On more than one occasion, this has produced a ripple of applause in the store or restaurant concerned. Business owners take note.”

Milo Opens Up On His ‘MERRY CHRISTMAS’ Stand 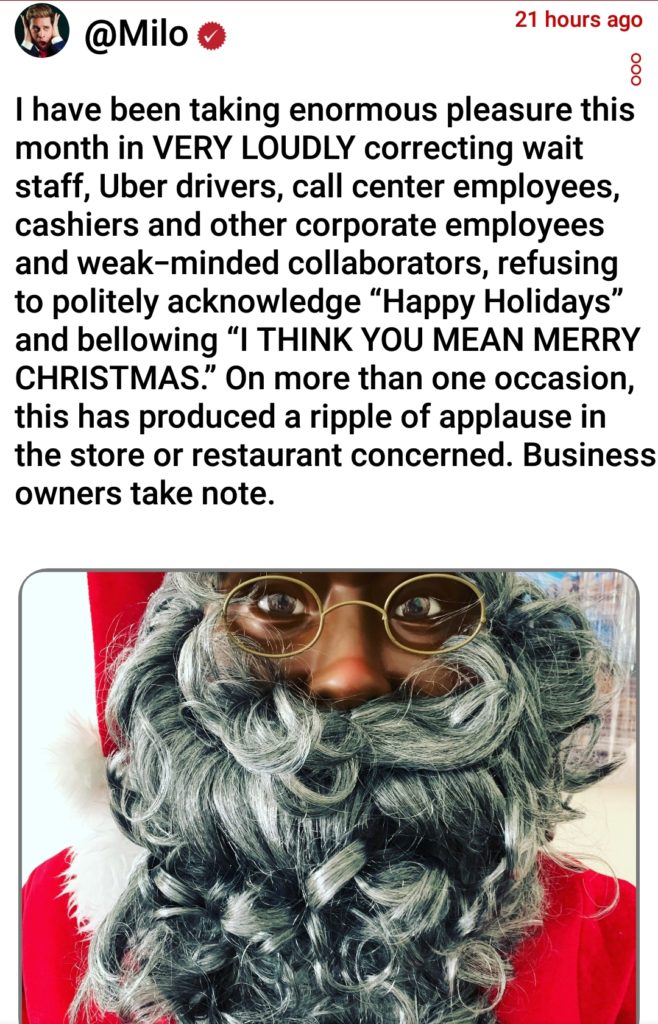 The trend of saying “Happy Holidays,” which gained heavy momentum during Obama’s presidency is one that President Trump vowed to crush and was a huge speaking point when running in the 2016 election.

With the help of conservatives like Milo, saying “MERRY CHRISTMAS” could very well be trending its way back into the American norm.