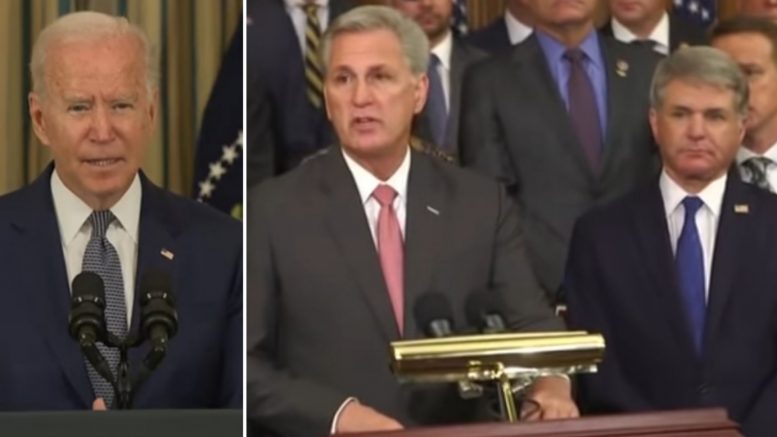 House Republicans issued a response on Friday to Joe Biden’s apparent dig at former President Donald Trump made during a speech, in which he tried to blame the latest dismal jobs report on the surge in coronavirus cases nationwide.

According to data released Friday by the Department of Labor, the U.S. economy added 235,000 jobs in August, falling well short of 720,000 jobs economists projected would be added.

“Today’s report shows that the steps we’ve taken, passing the Rescue Plan and have vaccinated 175 million people, make our economy capable of growing jobs, even in the face of this continuing Delta surge — a strength in our economy different from the way things were last winter,” Biden said.

“There’s no question the Delta variant is why today’s job report isn’t stronger,” the Democrat claimed, reading off of a teleprompter. “I know people were looking and I was hoping for a higher number. But next week, I’ll lay out the next steps that are going to –we’re gonna need to combat the Delta variant to address some of those fears and concerns.”

"Imagine if the other guy was here." pic.twitter.com/IpjH41WP46

In reaction, the House GOP issued a five-zinger response.

The economy would be booming.

Our border would be secure.