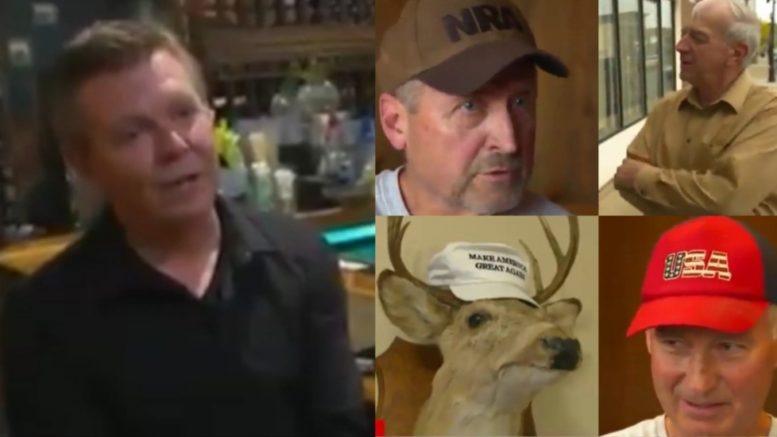 Democrats could be in for a rude awakening in 2020, as the blue state of Minnesota appears to be shifting more in favor of President Trump, according to CNN.

CNN sent its national correspondent Martin Savidge to investigate what is causing an area of Minnesota that historically is a “Democrat stronghold” to turn their support towards President Trump, who barely lost the state to Hillary Clinton in the 2016 election.

When asked what could be causing the shift in politics, the mayor of Eveleth, Minnesota, Robert Vlaisavljevich, pointed to the economic downturn his area suffered over the years as they once flourished from the mining industry.

Because “survival” is among the highest importance for those living in the region, Trump’s economic ideology closely aligns with what Eveleth’s residents believe will change their conditions for the better.

Vlaisavljevich said he usually always votes Democrat for local and state races, but is now an avid Trump supporter as video captured Trump stickers, a Christmas card from the President and a MAGA hat on a deer on the wall among his collection of Pro-Trump gear.

“He’s our guy,” Vlaisavljevich said. “He supports mining. He’s our guy.” Video Below

The CNN reporter claimed Trump’s tariffs on imported steel, easing of environmental regulations and crackdown on illegal immigration all are popular in Minnesota.

He also reported on the “influx” of Somali refugees in Minnesota and how it’s concerning for the state’s residents, which is 80% white.

Rep. Ilhan Omar, according to Mayor Vlaisavljevich, is a controversial figure and he admitted, “She offends a lot of people.” Video Below

In regards to the Democrat party, one Eveleth resident told the CNN reporter, “The Democrats kind of shifted more to the left, and the Republicans are kind of taking over the party for jobs.”