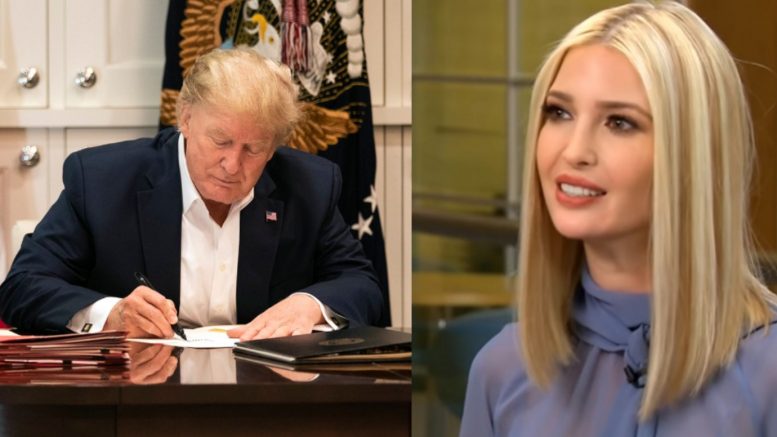 It’s business as usual for President Donald Trump despite being confined to Walter Reed Military Medical Center, where he is fighting the deadly coronavirus.

On his second day at the hospital, images surfaced of the Commander-In-Chief carrying out his normal duties as if it were any other day.

Related Article: The Day After Arriving At Walter Reed, President Trump Gives An Update On His & Melania’s Health

Appearing slightly disheveled — with no tie, his shirt not buttoned to the top and his hair slightly undone — Trump is seen in the photographs sitting at two different tables and concentrating as he combs through and signs paperwork with a pen in hand.

The pictures were taken inside the Presidential Suite at Walter Reed, which includes it’s own office along with a conference room. 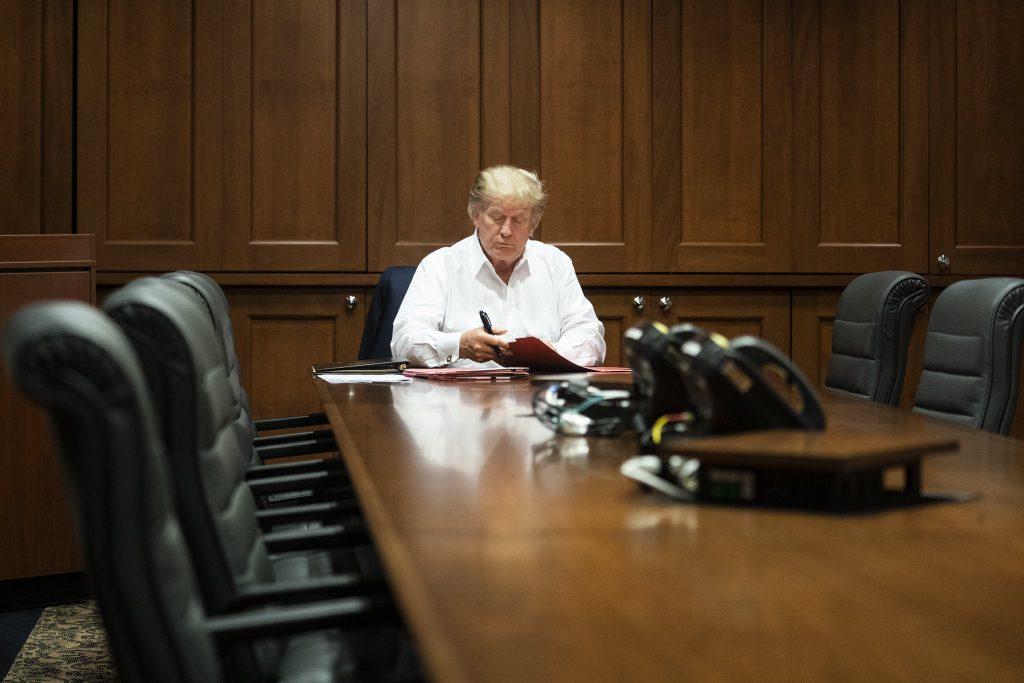 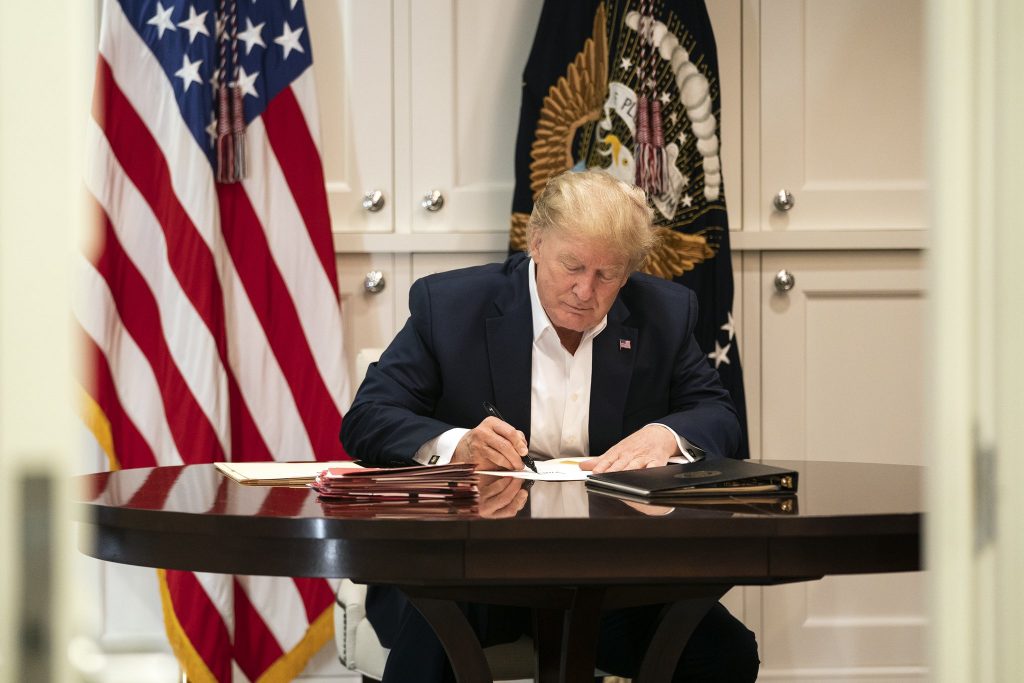 The President’s daughter, Ivanka Trump, tweeted one of the photos and captioned it, “Nothing can stop him from working for the American people. RELENTLESS!”

Nothing can stop him from working for the American people. RELENTLESS! 🇺🇸 pic.twitter.com/2ZSat782qe

Moments earlier, Ivanka reacted to her father’s video update given on Saturday.

“Spoke to my father again and he is as optimistic, thankful and strong as he looks and sounds in this message to America !!!” Ivanka tweeted.

Spoke to my father again and he is as optimistic, thankful and strong as he looks and sounds in this message to America !!! 🇺🇸 https://t.co/PJwWksV6vQ