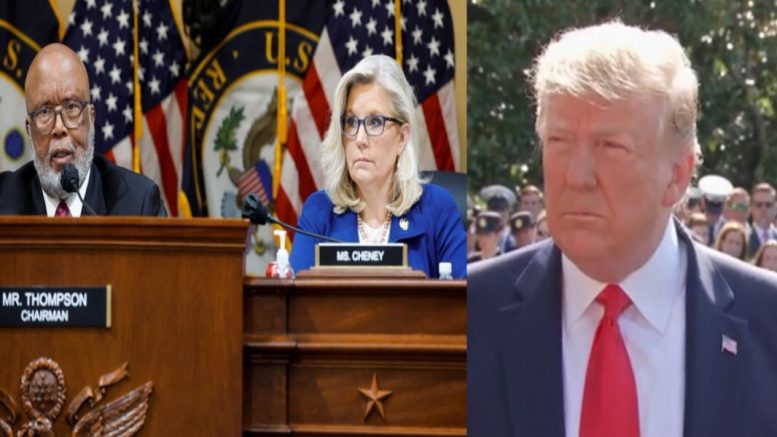 The January 6 House Select Committee has issued a subpoena for 45th President Donald Trump on Friday, requiring him to submit a list of documents by November 4th, four days ahead of the midterms, along with testifying for a deposition in person or video conference on November 14.

The subpoena proceeds 8 days after the anti-Trump members of the committee voted on a resolution, offered by Rep. Liz Cheney (R-WY), compelling him to testify over his alleged conduct leading up to and during the protest at Capitol Hill.

A screenshot of the subpoena issued to President Donald Trump’s lawyers:

The committee issued a letter to Trump’s lawyers and publicly shared it on Twitter.

In a letter to Mr. Trump, Chair @BennieGThompson and Vice Chair @RepLizCheney underscored Trump’s central role in a deliberate, orchestrated effort to overturn the results of the 2020 presidential election and block the transfer of presidential power. pic.twitter.com/rg7R37YE11

The day after the committee voted to subpoena the 45th President, Trump responded in a 14-page letter, repeating his claims of widespread election fraud and expressing his “anger, disappointment and complaint” that the committee wasn’t investigating it.

Related: ‘A Laughing Stock all Over the World?’ Trump Asks of Jan. 6 Cmte After Members Vote to Subpoena him