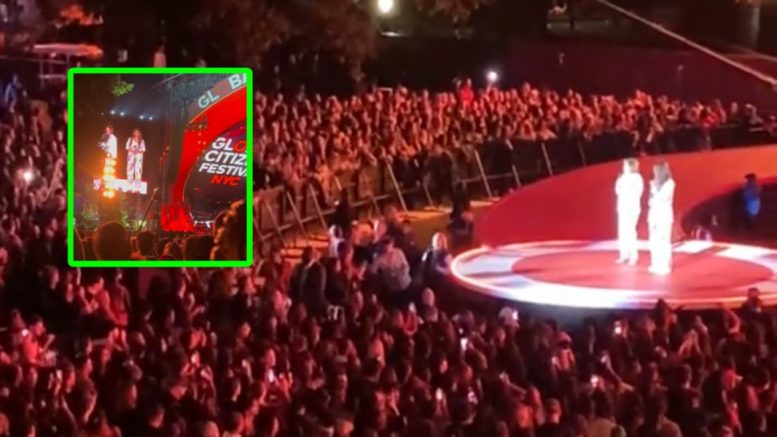 Nancy Pelosi was not greeted warmly when she made an appearance at the Global Citizen’s music festival in Central Park Saturday night.

The Democrat House Speaker was met with loud boos by some in the audience as she took the stage to speak briefly, videos on Twitter show.

Pelosi was discussing climate change and cutting carbon emissions in the speech and loud booing can be heard in the video.

@JackPosobiec I was at the global citizen festival in Central Park Manhattan, and they brought Nancy Pelosi out and she got heavily booed. 😂 pic.twitter.com/MFT77wbWaT

“It’s thanks to your help that the United States recently enacted historic climate legislation, which will be a game changer,” Pelosi said as the boos continued. “It will slash carbon pollution by 40% by 2030, it will give a historic, an historic $370 billion to fight the climate crisis.”

The audience continued to make noise over Pelosi’s remarks and she had agreed to keep her remarks short so as not to delay more music.