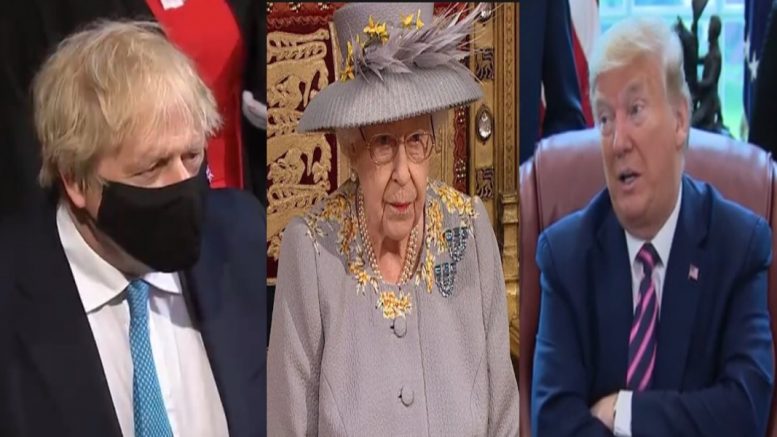 The 45th President issued a statement Tuesday “From the Desk of Donald Trump” regarding the announcement of an election voter ID law in the United Kingdom.

The United Kingdom has announced plans to prevent people from voting unless they can provide photographic identification– a new law proposed by Boris Johnson, which was unveiled in the Queen’s speech to Parliament.

As reported by reported Market Watch:

Queen Elizabeth II delivered her annual speech on Tuesday, setting out the Conservative government’s legislative agenda for the year ahead and formally opening the U.K. Parliament. The queen has performed the ceremonial duty every year since her reign began in 1952, barring two years — 1959 and 1963 — when she was pregnant.

In her first public speech since the death of her husband Prince Philip, the queen outlined the government’s priorities, including Boris Johnson’s intentions to bring in laws to “ensure the integrity of elections.”

The Electoral Integrity Bill had been expected to be brought forward in 2021 and was confirmed by the queen in her speech. It would require people to show identification to vote in U.K. elections from 2023, an issue that has proved contentious in the U.S. in recent months. Currently, people in the U.K. can vote at their local polling station by confirming their name and address, except in Northern Ireland where photo ID has been required since 2003. Continued Below

In a statement on Tuesday regarding the election voter ID law in the United Kingdom, former President Trump said:

The Government of the United Kingdom is proposing that anyone who wants to vote in a British election should show photo ID to eliminate any corruption and fraud and “ensure the integrity of elections.”

This is exactly what we should do in the United States, unlike the Democrats who want to abolish Voter ID laws with passing their horrible HR 1 Bill. All States should pass Voter ID laws along with many other fair and comprehensive election reforms, like eliminating mass mail-in voting and ballot harvesting, so we never again have an election rigged and stolen from us. The people are demanding real reform! Continued Below 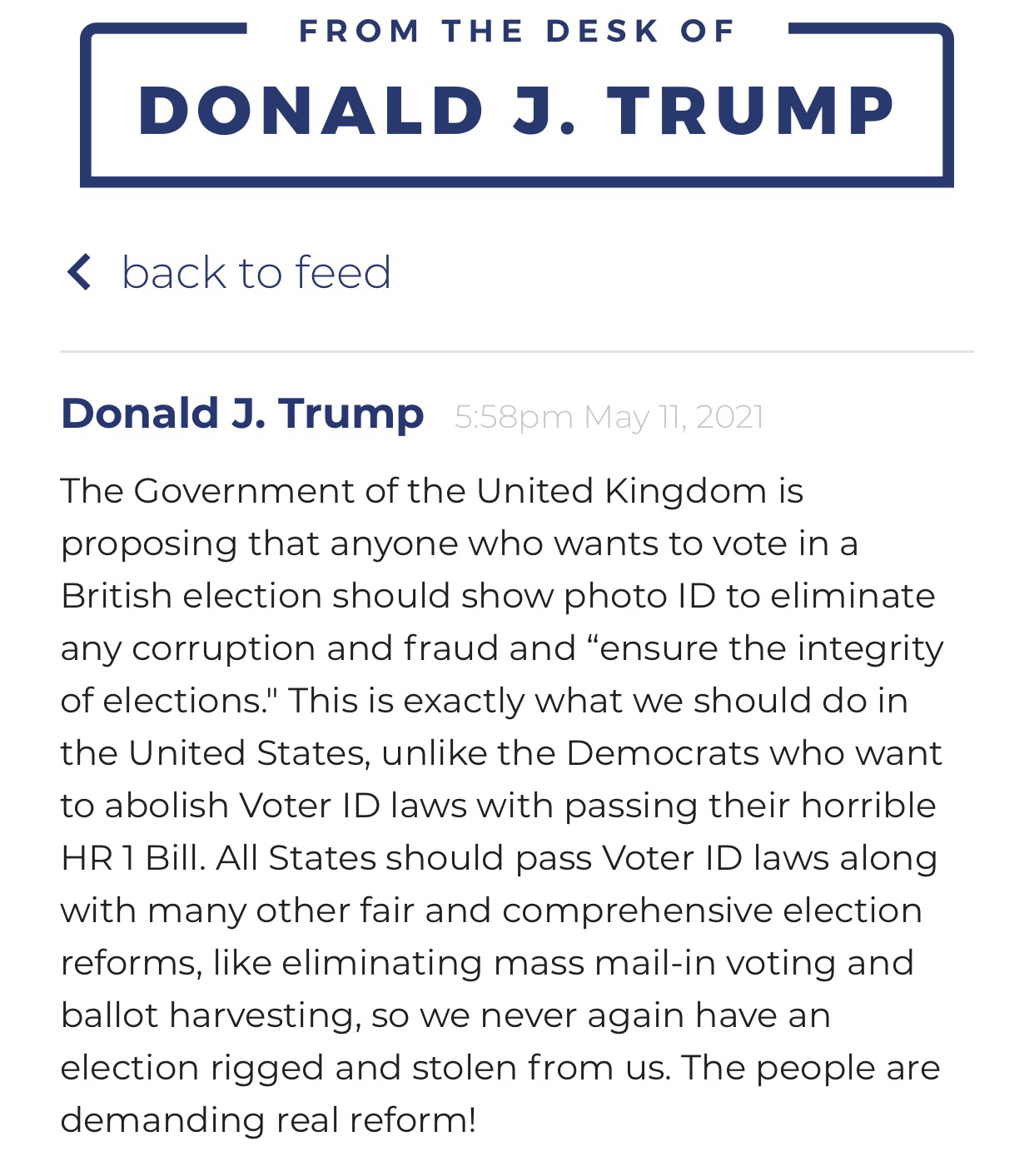 WOULD H.R. 1 PROHIBIT STATE VOTER ID LAWS? Under section 3, “Findings of general constitutional authority,” H.R. 1 states in subsection C) that Congress “finds that States and localities have eroded access to the right to vote through restrictions on the right to vote including excessively onerous voter identification requirements” (here).

As a result, Section 303A permits the use of sworn written statements in lieu of state identification requirements. In other words, as explained here by the Economist, “states with voter-ID laws would have to let people without identification cast ballots provided they sign a sworn affidavit.”

H.R. 1 does not ban state voter ID laws, however it does stipulate that those who do not meet ID requirements have the option to sign sworn statements during federal (not state or local) elections. As shown in a list provided here by the National Conference of State Legislatures, 35 out of 50 states have various forms of voter identification laws.

When arriving at the polls, voters will not be required to show ID and can simply sign a statement in which they claim to be who they say they are. This undermines many states’ voter ID laws, which were enacted to combat impersonation fraud, voter registration fraud, duplicate voting, and voting by ineligible individuals, such as illegal aliens. (source: starting on page 46, line 16) as reported by Heritage Action for America.