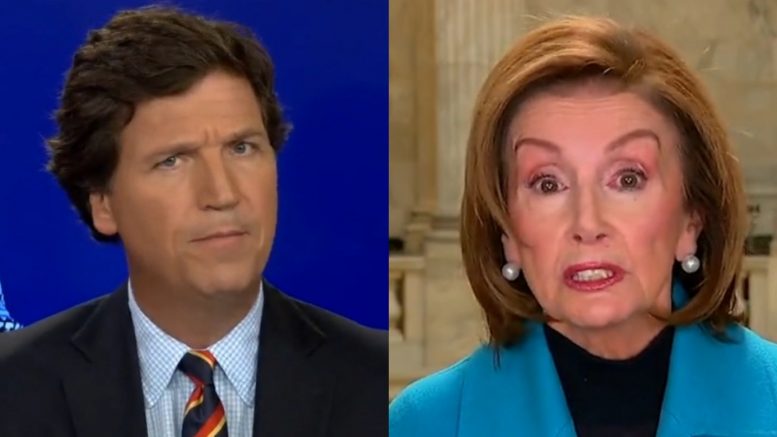 “Michael Jackson was on Face The Nation,’ Tucker said before drumming up sarcastic commentary ridiculing an appearance made by Pelosi on CBS’s Sunday morning show. “This appeared to be a living version of the international pop star that news reports claim died of a drug overdose nearly a dozen years ago.”

Michael Jackson was spotted on live television over the weekend. pic.twitter.com/Y9Cc3J3A89