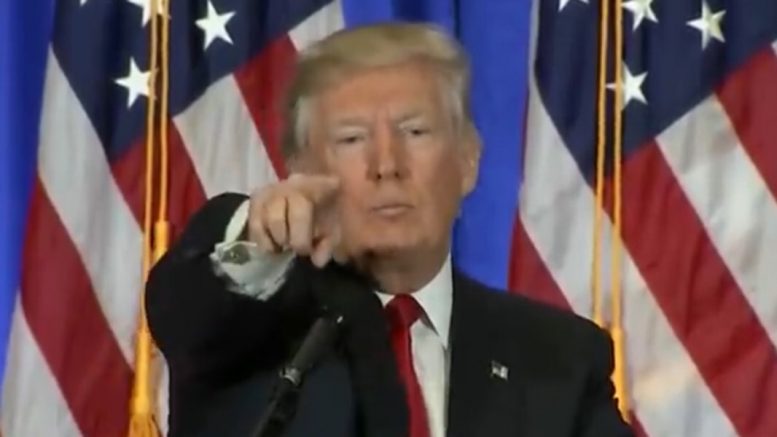 45th President Donald J. Trump has sued CNN in federal court in Florida for defamation and is seeking $475 million in punitive damages, according to the lawsuit.

In the lawsuit filed on Monday, Trump’s attorneys say that CNN “has sought to use its massive influence — purportedly as a ‘trusted’ news source — to defame the Plaintiff in the minds of its viewers and readers for the purpose of defeating him politically, culminating in CNN claiming credit for ‘[getting] Trump out’ in the 2020 presidential election.”

Donald Trump announced his intent to sue CNN in a July email statement, saying he would “also be commencing actions against other media outlets who have defamed me and defrauded the public regarding the overwhelming evidence of fraud throughout the 2020 Election.”

The 45th President’s attorneys claim in the 29-page filing that CNN “has undertaken a smear campaign to malign the Plaintiff with a barrage of negative associations and innuendos, broadcasting commentary that he is like a cult leader, a Russian lackey, a dog whistler to white supremacists, and a racist.”

The suit also cites anchors, personalities, and pundits on CNN using the term “Big Lie” to refer to Trump’s statements regarding the 2020 election and voter fraud as evidence of the outlet, attempting to associate him with Adolf Hitler.

The filing also refers to “a CNN employee” who “was filmed” by Project Veritas last year for “discussing the Defendant’s coverage of the 2020 presidential election.12 The employee boasted that CNN helped to defeat the Plaintiff in the 2020 election and called the Defendant, his employer, ‘propaganda'”.

“Look at what we did, we got Trump out…I am 100% going to say it. And I 100% believe it that if it wasn’t for CNN, I don’t know that Trump would have got voted out,” Charles Chester, a network technical director at CNN said in a video.

CNN is a frequent foil of Trump, his followers and allies, as well as conservatives more generally, Dominick Mastrangelo at The Hill noted.

The latest lawsuit from Trump comes amid changes at CNN, which was recently sold to media conglomerate Discovery.

CNN’s new president, Chris Licht reportedly told network anchors in a meeting earlier this year that they should rein in the use of the phrase “the big lie” when referring to Trump’s election claims, worrying it was too partisan.

Related: Trump Reacts To Zucker’s Sudden Exit From CNN: ‘A World-Class Sleazebag’- ‘Congratulations To All!’