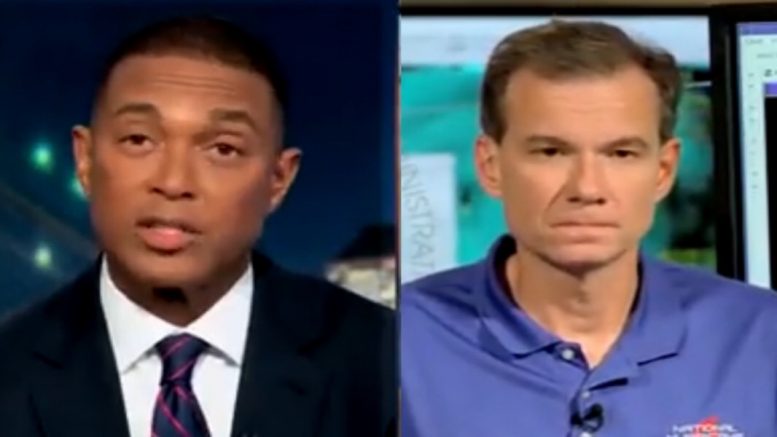 Don Lemon was shut down on Tuesday evening by Jamie Rhome, acting director of the NOAA’s National Hurricane Center, after the CNN anchor asked about the effect climate change had on Hurricane Ian.

Rhome joined CNN’s “Don Lemon Tonight” to discuss Hurricane Ian ahead of it’s landfall on the west coast of Florida.

Don Lemon said that meteorologists have said Hurricane Ian could enter “another period of rapid intensification” and asked Jamie Rhome what effect climate change had has on the “phenomena.”

“Listen, I’m just trying to get, you said you want to talk about climate change. But what effect does climate change have on this phenomenon that is happening now? Because it seems these storms are intensifying. That’s the question,” Lemon tried again.

Lemon said he grew up in Florida, adding that something was making these storms intensify.

This is amazing. Don Lemon tries to blame Hurricane Ian on climate change. NOAA's hurricane director shuts him down. pic.twitter.com/svTjHtE8hl

Related: Lemon Gets Squeezed by his Own Guest for Suggesting Royal Family Should Pay Reparations