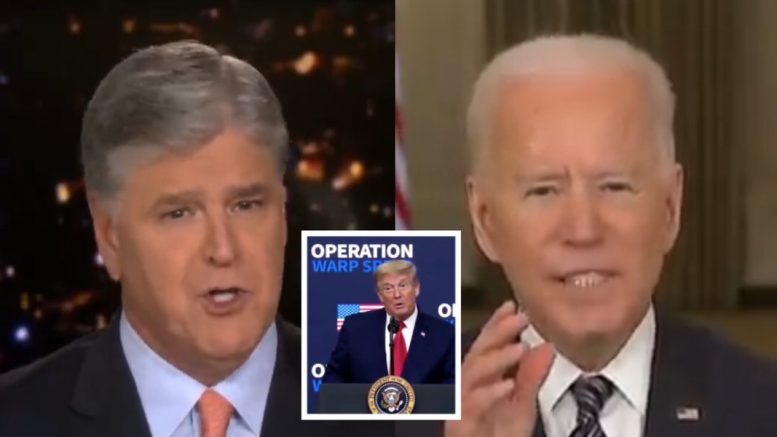 Fox News’ Sean Hannity ripped Joe Biden on Thursday following his national address, which was heavily focused on the coronavirus pandemic and vaccines.

Hannity accused Biden for “trying to take credit” for former President Donald Trump’s vaccine rollout– which was made possible by Operation Warp Speed during the Trump administration.

“Joe Biden needs to pick up the phone, and I suggest, call Mar-a-Lago. And yeah, bring unity to the country as he says he so desperately wants, and thank President Donald Trump,” Sean Hannity recommended.

“A few moments ago, he tried to take credit for everything that Donald Trump did on COVID-19: Three vaccines, thanks to Donald Trump’s Operation Warp Speed,” the Fox News host said. “There were already a million vaccines being administered into people’s arms every single day when Biden was sworn in. 36 million doses had already been distributed.”

Hannity went on to say, “According to Joe, it was the Biden administration that stepped in heroically saving America from COVID-19– none of this is true. Where’s the unity, Joe?”

He played a video clip of part of Biden’s remarks during his national address, in which he told Americans, “I’m using every power that I have as President of the United States to put us on a war-footing to get the job done. Sounds like hyperbole, but I mean it. A war-footing. And thank God, we’re making some real progress now. … Now because all the work we’ve done, we’ll have enough vaccine supply for all adults in America by the end of May. That’s months ahead of schedule.'” Continued Below

Hannity responded to Biden’s remarks, saying, “That would be Moderna, Pizer, that would be Johnson and Johnson, and that would be your predecessor President Trump. Operation Warp Speed.”

“Joe, you want unity? Why don’t you just thank Donald Trump? You want us all to get along, you say. [Without] Donald Trump, no vaccine, Joe. Stop taking credit for something, frankly, you had nothing to do with. Nothing,” he expressed. Video Below

“But, I do need to give Joe Biden a congratulations tonight. He stayed up an hour past his beddy-time after days and days of practice. He was able to read from the teleprompter for almost 20 whole minutes without making a total fool of himself, Hannity added.

President Donald Trump released a statement ahead of Joe Biden’s national address on Wednesday, reminding American’s that the coronavirus vaccines are available because of his administration: 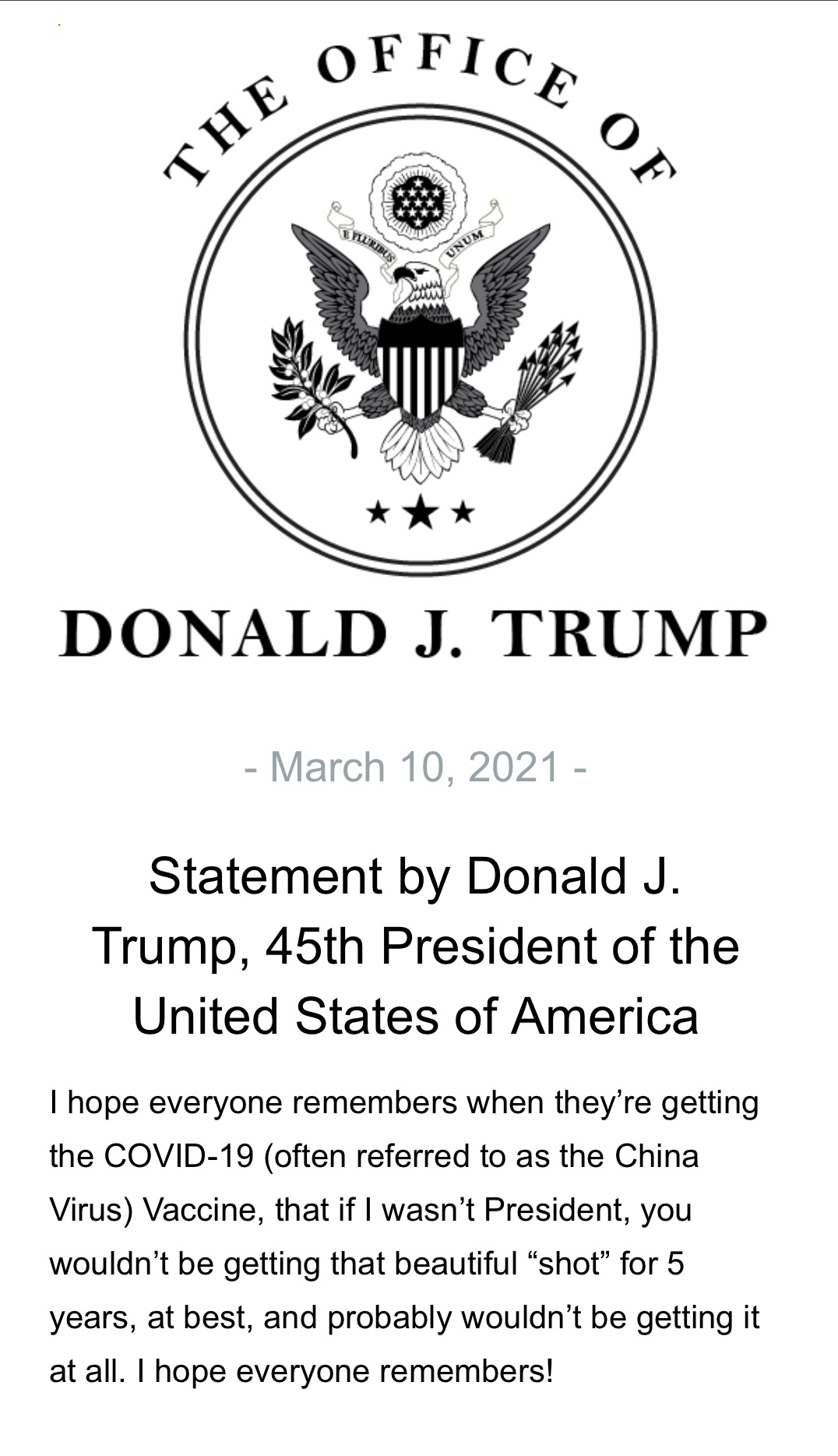 Breaking wind from CNN the Cuomo News Network! Joe Biden breaks his arm patting himself on the back for building on Covid response made possible by Pres Trump & Operation Warp Speed but Biden gives Trump no credit.

(Related: Sean Hannity Rips Nancy Pelosi: “You Are The Reason America Hates Career Politicians, Like Yourself”)