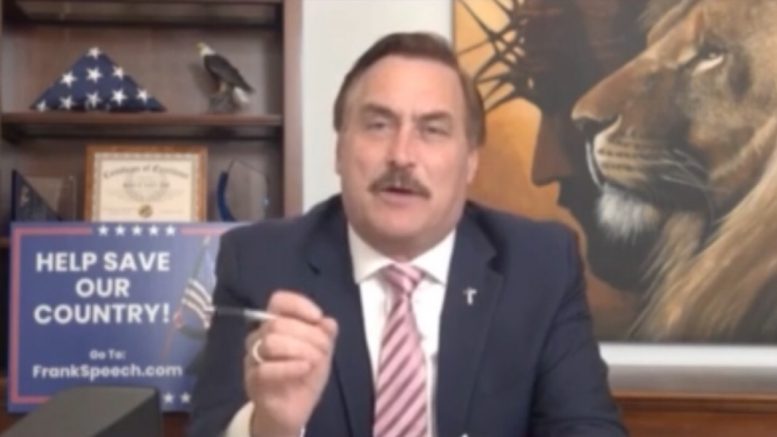 My Pillow CEO Mike Lindell revealed during a Monday airing of “Lindell TV” that his cell phone was allegedly seized by the FBI.

Lindell explained he and his friend were coming back from a trip in Iowa and stopped at a Hardee’s drive-thru on their way home in Minnesota. He said the FBI abruptly pulled up in the line, parked perpendicular to their vehicle, and blocked them in.

Mike Lindell said he told his friend, “That’s either a bad guy, or it’s FBI,” adding that some FBI guys can be bad guys.

The My Pillow CEO requested to see the FBI’s badges and explain to him why they were there.

Lindell said the FBI questioned him about Colorado and Dominion voting machines, then told him that they had “some bad news.”

Lindell said he spoke with his lawyer, who advised him to hand over the phone, to which he said he complied.

Related: Tucker Carlson: ‘This Show has Obtained a Subpoena From Merrick Garland’s DOJ Issued in the Past Week’