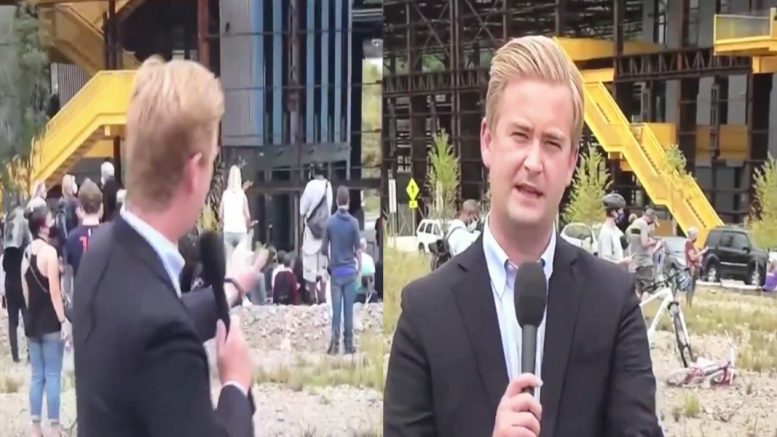 Democratic presidential candidate Joe Biden held a 23 minute campaign speech in Pittsburgh, Pennsylvania on Monday, following this month’s Democratic National Convention (DNC), where he addressed some of the violence that has plagued cities across the country for the last 90 days, while placing the blame flatly on President Donald Trump.

Fox News’ Peter Doocy reported outside of Biden’s “first general election event in Pittsburgh”, showing a dismal crowd who showed up to support the Democratic candidate.

Doocy reported: “This is what it looks like essentially– if you’re the Biden campaign outside of the event of the COVID era– a few dozen people showed up, even though this was not open to the public”, noting that the campaign “did not have any way for these people to watch [Biden’s] remarks or listen”.

More video footage; it is not clear what the crowd is chanting:

As @JoeBiden wraps up the crowd outside cheers. pic.twitter.com/cpW8bXARLq

Meanwhile, Joe Biden delivered pizza to Pittsburgh first responders on Monday, and he was heckled by a man who yelled, “Hey Joe! You finally got out of the basement!”

He also informed Biden that the former vice president was against fracking and apparently changed his stance.

‘A Laughing Stock all Over the World?’ Trump Asks of Jan. 6 Cmte After Members Vote to Subpoena him