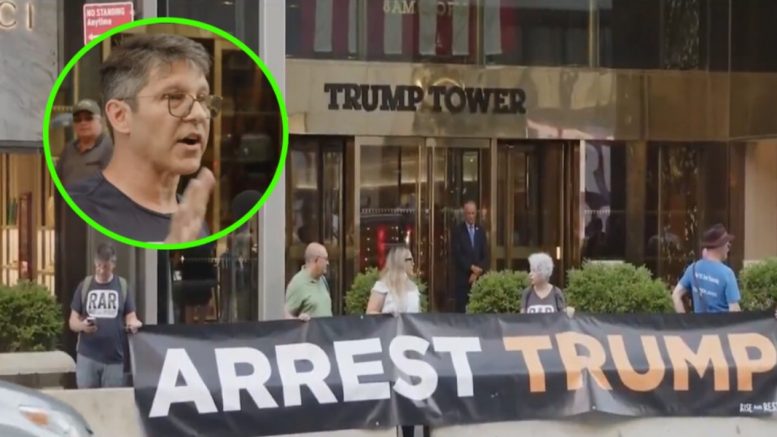 A man in a video clip was asked by a Newsmax reporter, “Is this unprecedented to arrest a former president for not turning in documents?”

The man being questioned by Newsmax outside of Trump Tower responded, “Well, I don’t know of any former president that had committed this many provable criminal acts.”

“What are the provable criminal acts, I guess,” the reporter followed up.

Trump was in New York City on Monday when the raid was carried out. An FBI source confirmed that FBI agents from Washington, D.C. who are on the bureau’s Evidence Response Team conducted the raid and notified the Miami Field Office just before, Fox News reported. Video Below