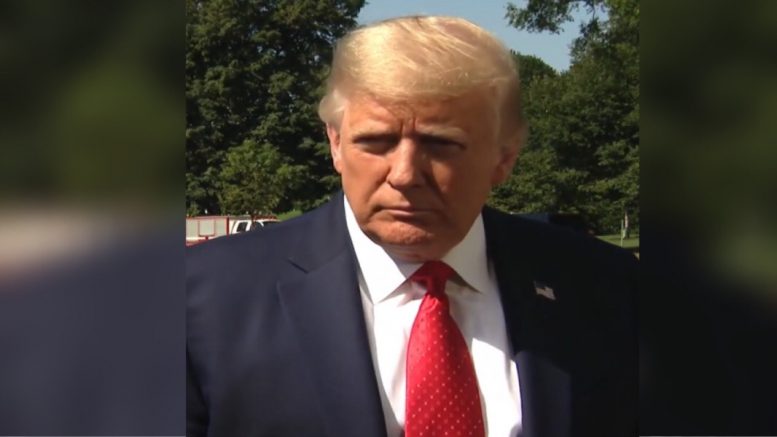 In a pair of email statements from his “Save America” PAC on Wednesday, 45th President Donald J. Trump called out the “Fake News Media” for “continuing on their path” of using key phrases over the 2020 Presidential Election to discredit what he believes is his victory.

The former president also pushed back on claims that Senators Lindsey Graham (R-SC) and Mike Lee (R-UT) vetted Trump’s claims regarding the 2020 presidential election, saying he spent “virtually no time” with the senators. His statement comes after reports from the book “Peril”, by Bob Woodward and Robert Costa, that allege the GOP senators were unpersuaded by Trump’s statements of election fraud after undergoing separate efforts to investigate them.

In the first email statement on Wednesday, 45the President Donald Trump wrote, “Why is the Fake News Media continuing on their path of saying, ‘baseless and disproven lies,’ concerning the Presidential Election of 2020, no matter how much evidence they see? These phrases are coordinated propaganda by Lamestream. It is an automatic phrase they use about the 2020 Election Scam when in fact it was just the opposite.”

“The proof is massive and staggering. The Presidential Election of 2020 was Rigged! When the information becomes public, people will see that it wasn’t even close,” he predicted.

In the second statement, the former president said, “I spent virtually no time with Senators Mike Lee of Utah, or Lindsey Graham of South Carolina, talking about the 2020 Presidential Election Scam or, as it is viewed by many, the ‘Crime of the Century.’ Lindsey and Mike should be ashamed of themselves for not putting up the fight necessary to win.”

“Look at the facts that are coming out in Arizona, Georgia, Michigan, Pennsylvania, Wisconsin, and other States. If this were Schumer and the Democrats, with the evidence we have of Election Fraud (especially newly revealed evidence), they would have never voted to approve Biden as President, and had they not, all of the mistakes that were made over the last month, which are destroying our Country, would not have happened,” Trump continued.

“Mike Lee, Lindsey Graham, and all of the other Republicans who were unwilling to fight for the Presidency of the United States, which would have included at least an additional four Republican Senators, two in Georgia, one in Michigan, one in Arizona, are letting the Democrats get away with the greatest Election Hoax in history—a total con job!” the 45the President expressed.

“The evidence on determinative and wide-ranging Election Fraud is staggering. Your Republican Presidential candidate won in a landslide, but has so little backing from Republican ‘leadership.’ They should be ashamed of themselves. Why don’t they have hearings? Or even if just Republicans had open public sessions, we would all hear the irrefutable facts. Remember, the Fake News Media does not report the truth!” Trump added.

A final report is set to be presented to the Arizona State Senate on Friday, September 24th over the forensic audit findings regarding the 2020 general election in Maricopa County. 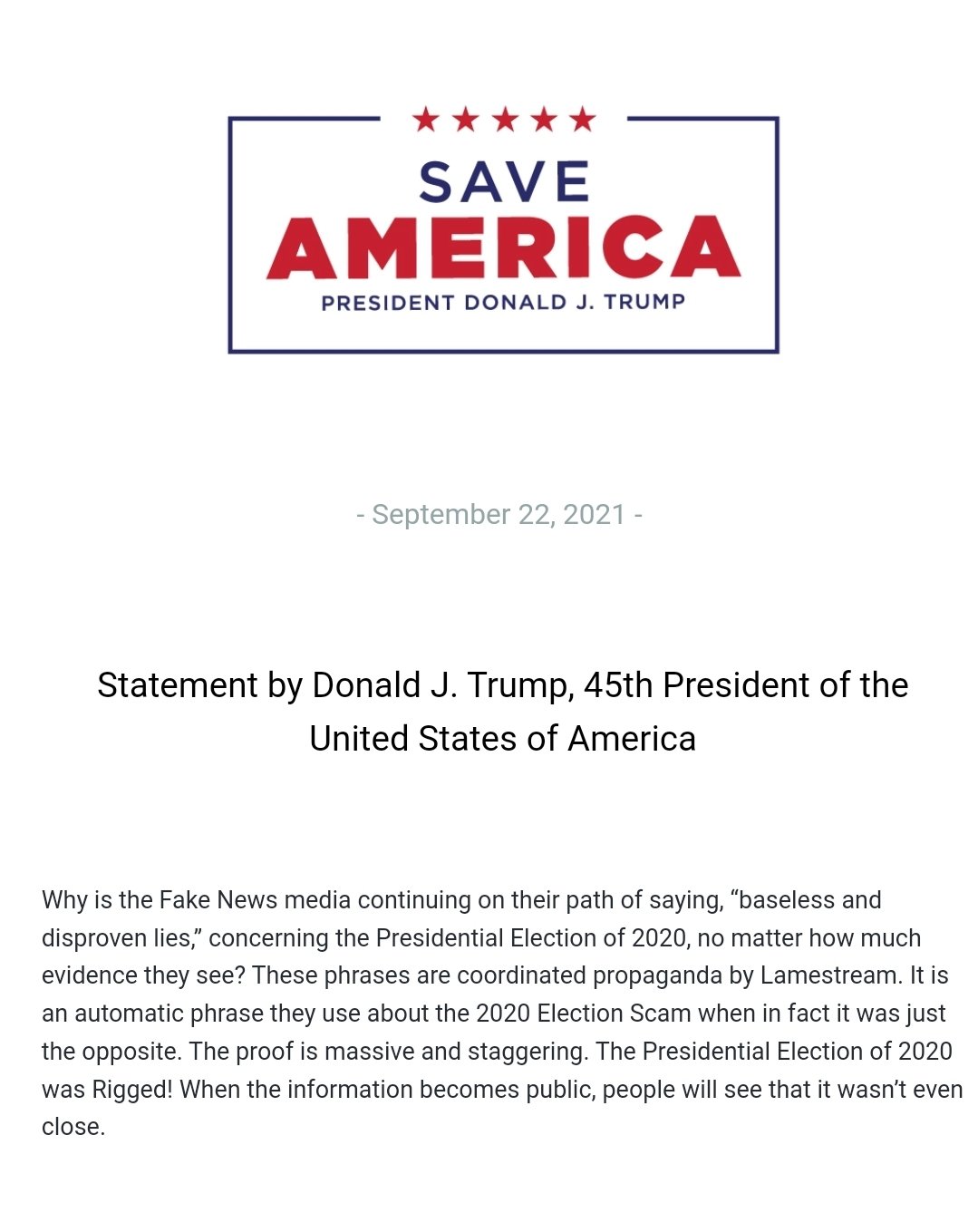 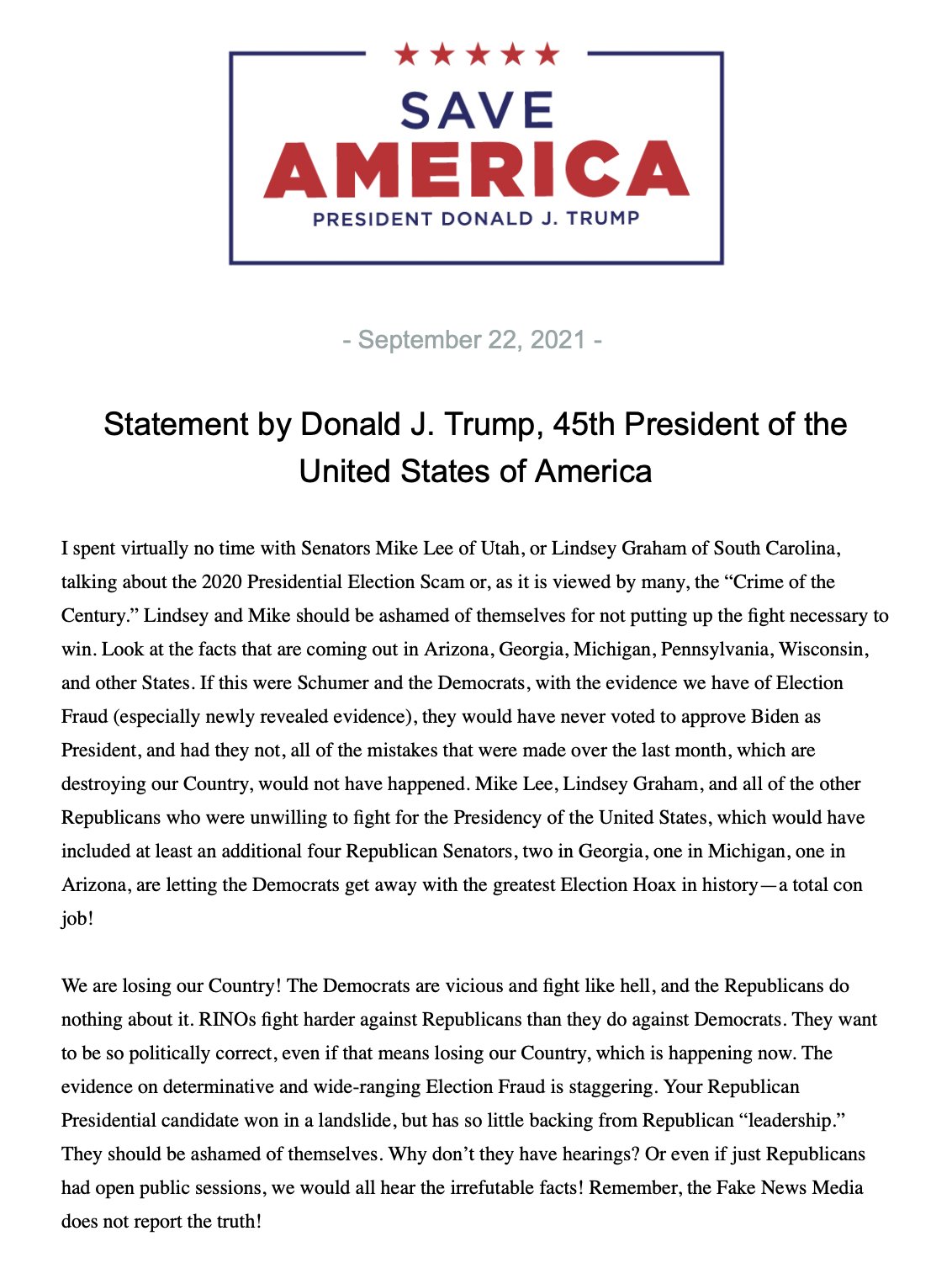