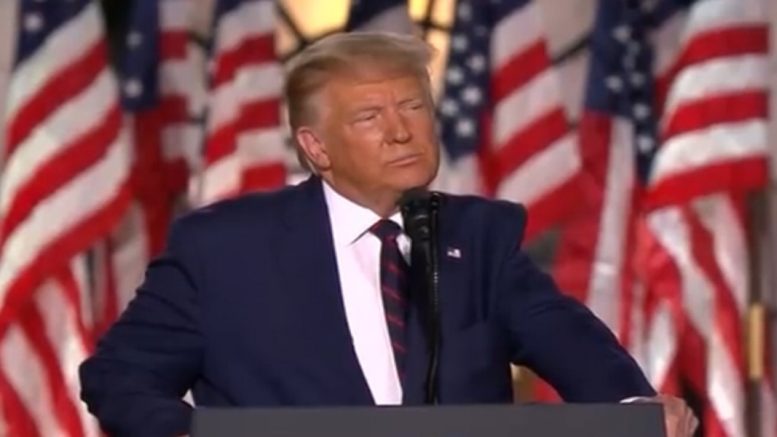 The 45th President issued a statement Friday via email from his “Save America” PAC regarding the North Carolina GOP Convention, which kicked off Thursday and is being held at the Greenville Convention Center.

The weekend is packed full of different events, including a state dinner on Friday night featuring Lt. Gov. Mark Robinson and other state leaders as speakers. On Saturday night, former President Donald Trump will speak at the convention dinner. It will only be open to the people who attend the event. No press or broadcast on the internet is scheduled, officials said, 10 WAVY reported.

A great honor to be speaking at the North Carolina GOP convention tomorrow night. I understand the place will be packed, all records broken!

North Carolina produced a big victory for us, without a fraudulent outcome—missing ballots, illegal voting, dead people voting, and all of the other Democrat tricks. Before my Election in 2016, everybody said North Carolina was going “Blue,” now they are saying that the Great State of North Carolina is surging big for Republicans. Look at the results we have produced.

Thank you to Michael Whatley and the state party. See you tomorrow night! Continued Below

The state party hopes Trump can help Republicans retake control of the U.S. House in the upcoming midterms. NCGOP Chairman Michael Whatley, a staunch Trump ally who also served as one of the former president’s 13 North Carolina electors in 2020, wants Trump to play an active role in North Carolina politics.

“President Trump delivered real results for North Carolina by rebuilding the military, standing strong against China and unleashing the American Economy,” Whatley said in a news release. “We are honored to welcome President Trump to our convention as the Republican Party launches our campaign to retake Congress and the Senate in the 2022 midterms .” Continued Below 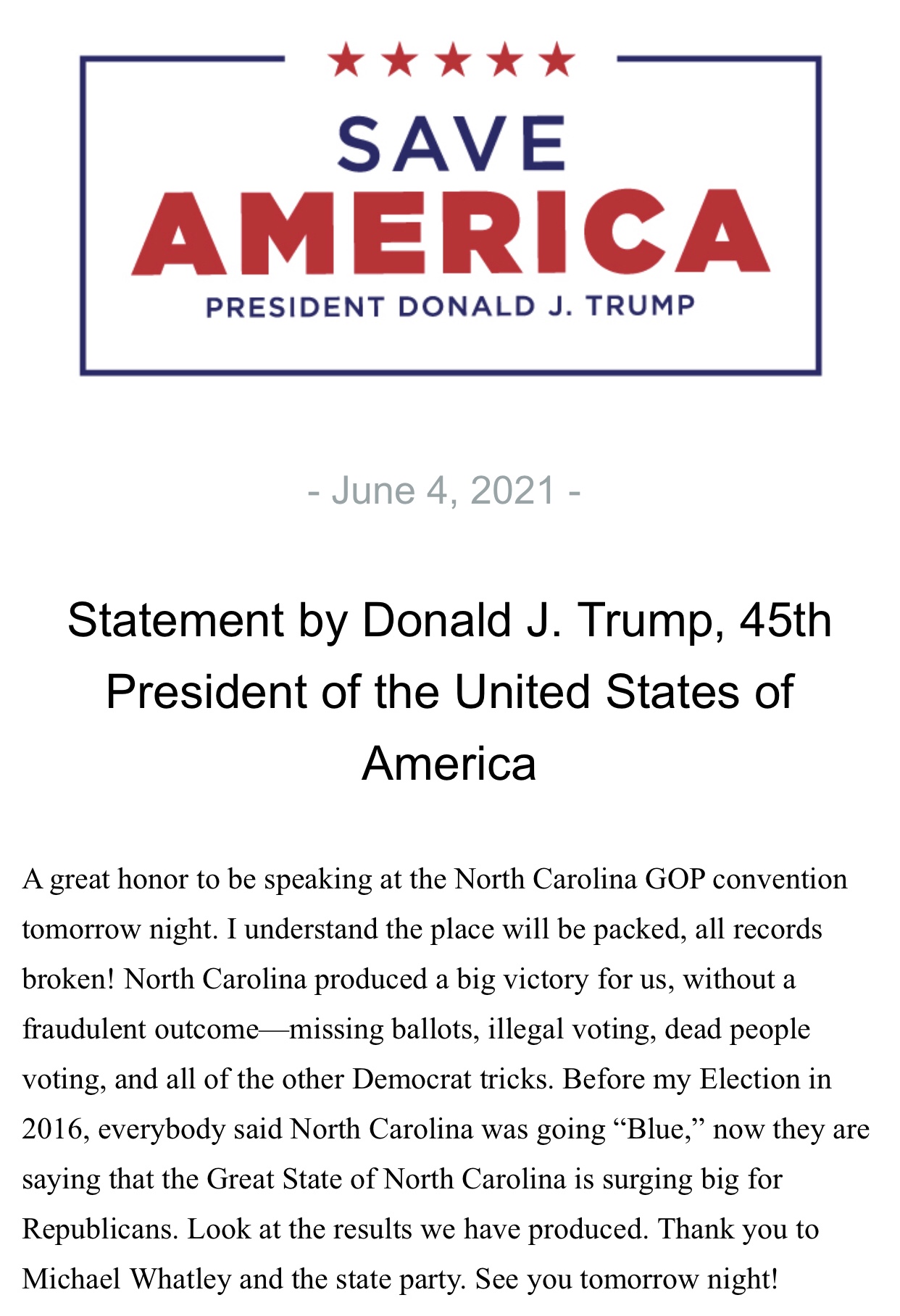